Who says Ceramics can't be fun?! 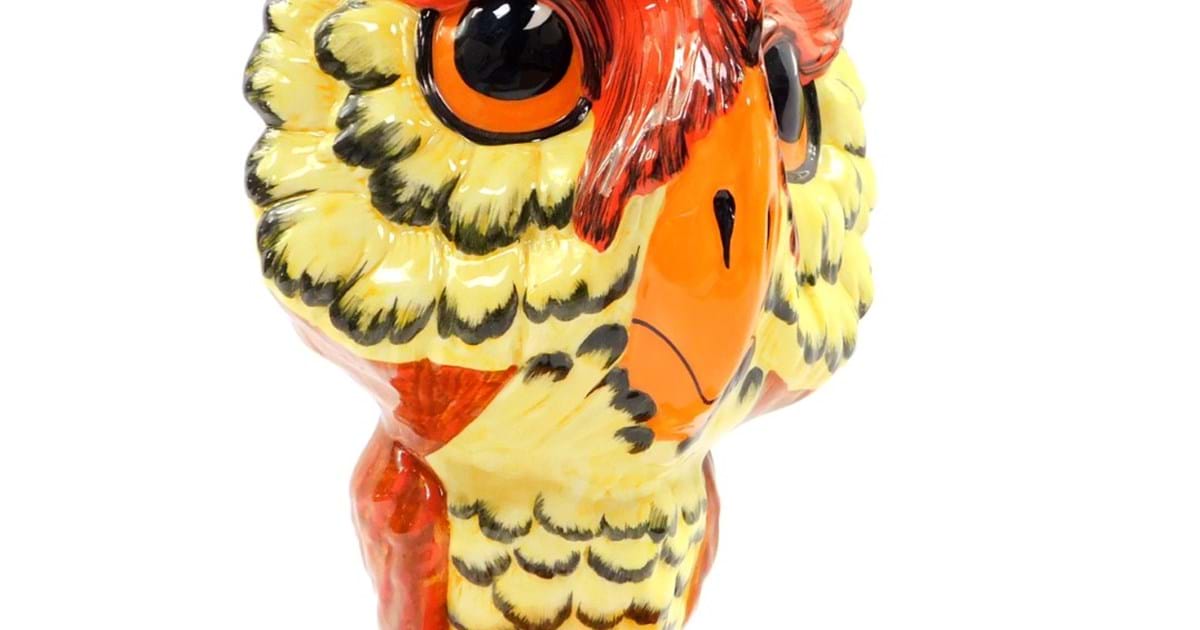 Pottery and porcelain are often viewed as rather worthy, perhaps a little old fashioned, and the preserve of ancient aunts and grandparents. The truth is, though, that ceramics can also be great fun and brighten up our lives. One ceramicist who knew how to do this brilliantly was Lorna Bailey and a small collection of her wares were offered for auction at Bourne in November.

Lorna was brought up and steeped in the ceramic tradition in the heart of The Potteries; Stoke-on-Trent. Following college she joined her father’s business of LJB Ceramics in the Old Ellgreave Pottery in Burslem. She showed immediate decorative flair and soon became known for highly coloured table wares and decorative figures inspired by the work of the famous Clarice Cliff. Bright colours were combined with modernist geometric shapes resulting in whacky vases and jugs, sugar sifters, wall pockets and novelty figures of cats, dogs and birds. Towards the end of her early career she spawned a highly successful collector’s club and won numerous awards.

Among the single owner collection items being offered at Golding Young at Bourne in November were four novelty birds named as Percy the Puffin, Wally the Wader, Eddie the Eagle, and Hootie the Owl; selling between £70 and £100 a piece. Illustrated is Lot 45, A Lorna Bailey figure modelled as Hooty the Owl which realised the top figure of £100. Other items of interest from the collection which made a collective hammer price of £935, included a dragon, a geometric cruet set and an Art Deco lady fronted sugar sifter. All great fun at a time when we could do with our spirits being lifted.