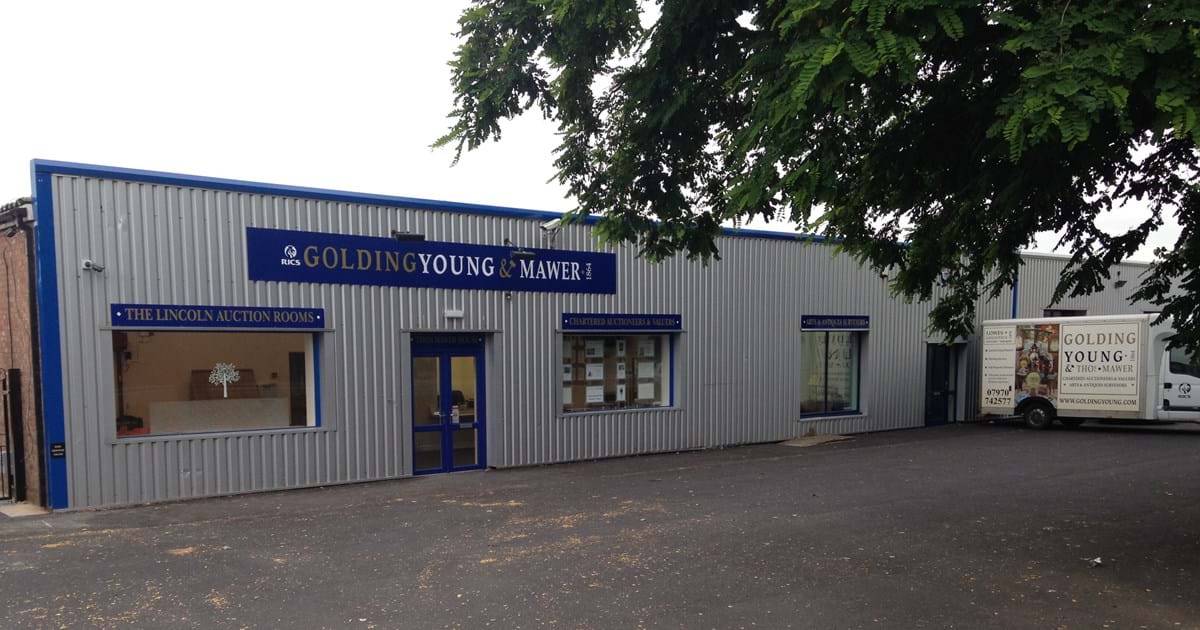 Lincoln is the county's Cathedral City with a rich history of art and antiquity.

The Lincoln Auction Rooms is located just off the A46, half a mile from the ring road at North Hykeham on Station Road and less than 5 minutes walk from the train station.

Golding Young & Mawer was started in Lincoln by Thos. Mawer in 1864 followed by two Mawer generations of Fred & Ron. Golding Young merged with Thos. Mawer upon retirement of Senior Partner Clinton Slingsby in 2010 creating the largest chattels auction firm in the region.

The current saleroom was bought in 2016 after 150 years in the city centre. Bespoke fitted with a cafe, art gallery and three large salerooms the building provides the very best facilities in the area.

In 2019 we became the first saleroom in the area to host our very own online bidding platform with 'GY-Live'.

The Lincoln saleroom has been at the heart of the city's cultural history and part of the fabric of the county's social life since 1864.

Got a question about buying or selling with Golding Young? Our team would love to hear from you.