When East meets West you get the best 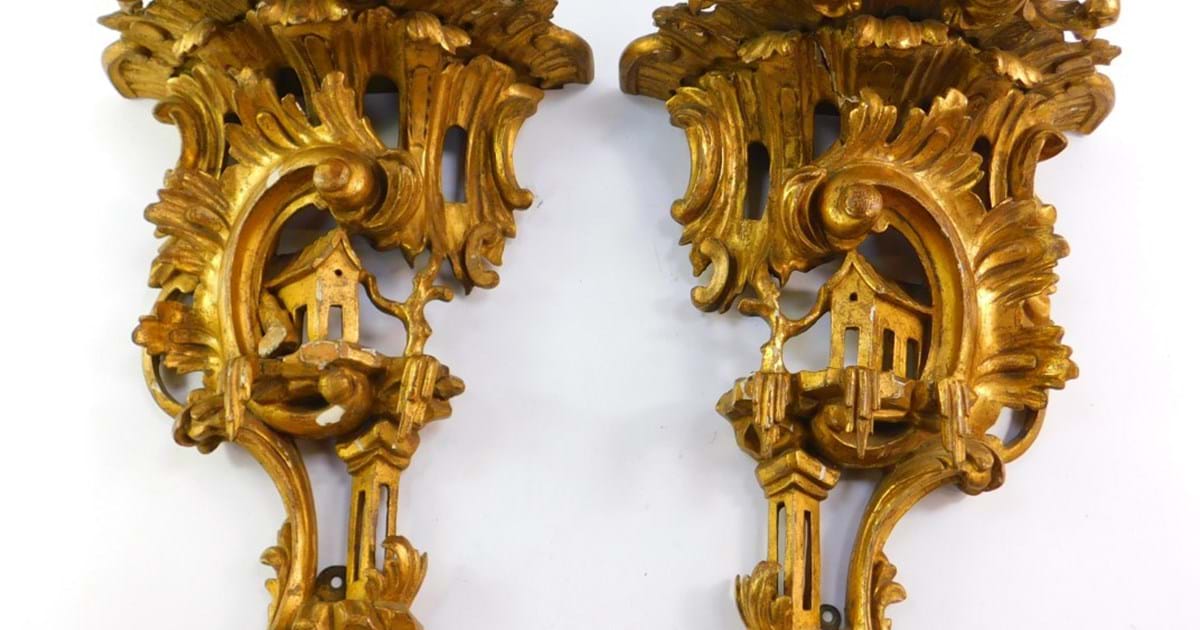 During the mid 18th Century the rococo style was the height of fashion in the western world. Emanating from, the court of Louis V in France, it soon spread through Europe like wildfire. A free and flowing style, that applied to architecture, furniture and other decorative arts, it was typified by asymmetrical c scrolls, an abundance of flowers and shells. Chinese and Japanese motifs also featured heavily within the rococo movement.

Adopting the rococo style  in the early part of his career was the furniture maker and designer Thomas Chippendale. So called Chinese Chippendale, evident in his iconic book ‘The Gentleman and Cabinet Maker’s Director’, took expression in all manner of furniture including chairs, commodes, beds and mirrors.

A pair of Chinese Chippendale inspired wall brackets inspired the interest of dealers and collectors alike in Lot 708, at the Bourne auction on the 7th October. Carved and gilded they took the form of a Chinese building within a grotto with stalactites and a stylied column hanging below, enveloped in a bold c scroll and, above that, further c and foliate scrolls. Despite evidence of much damage and repair bidders were hungry to acquire pieces with such an iconic look and the hammer eventually went down with a handsome hammer price of £1300.

The height of the rococo period lasted for some quarter of a century before being deemed too frivolous and decadent. Like the rest of Europe, Thomas Chippendale moved on to embrace the more structured neo classical style inspired by the Grand Tour and ancient Greece and Rome. However, the rococo style continues to find favour today as borne out by these delightful wall brackets.