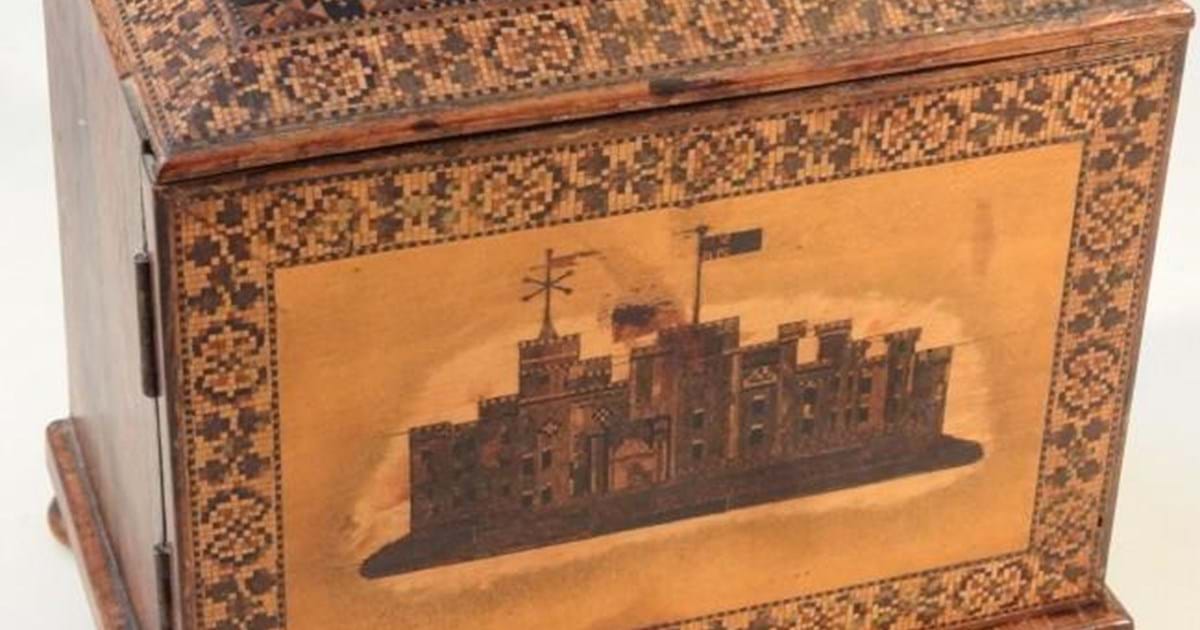 The checklist for what sells hasn’t particularly changed in these strange recent times. People still strive for that item that is a little bit different. Space remains an issue so small, good quality, useful items still remain flavour of the month and the masterful items produced mainly in the mid to late 19th centuries known as Tunbridge Ware not only tick these boxes, but continue to attract collectors and buyers of useful attractive things alike.

Forms and type are numerous, from needle cases to boxes, tea caddies, pictures, trays, pin cushions and match cases. What remains constant is the incinerate designs of compiling many tiny pieces of wood onto a carcass to produce the image whether it be marquetry flowers or scenes of great castles and churches. There is no doubting the skill and technique involved in the production of these pieces which were basically crafted as mosaics in wood.

The process developed in Tonbridge and Royal Tunbridge Wells and was a cottage industry, with never more than say a dozen producers. Work was highly complex and greatly skilled and led to its ultimate demise as tastes changed and there were simply no people able to produce these tiny masterpieces.

However the golden period between around 1830 and 1900 saw a number of master craftsmen produce the very finest works. There was Burrows, Fenner and Co, Henry Holloway who was taken over by Edmund Nye (1797-1863), however the key designer was probably Thomas Barton.

These items from small craftsmen in these Kent county towns rose to the very top of Victorian necessity, becoming extremely popular and even winning awards at the 1851 Great Exhibition.

The illustrated box is a glorious piece of mosaic work. Unmarked, but probably by one of the key makers, it is small in stature but big in quality, it takes up no room yet stands out for its aesthetic beauty from thirty paces.

As with many similar products of the era, production lasted until tastes changed and the craftsmen simply died out and were not replaced with the last remaining firm of Boyce, Brown and Kemp closing in 1927.

Production in this relatively short timescale was vast and many pieces are around which is good news for collectors. Prices are not astronomical and the box, one of the finest pieces you will see made £300. Pieces can be picked up for much less and provide an amazing niche and high quality collectable area and with prices rising it’s best to contact our experts who can help both with collecting and selling.