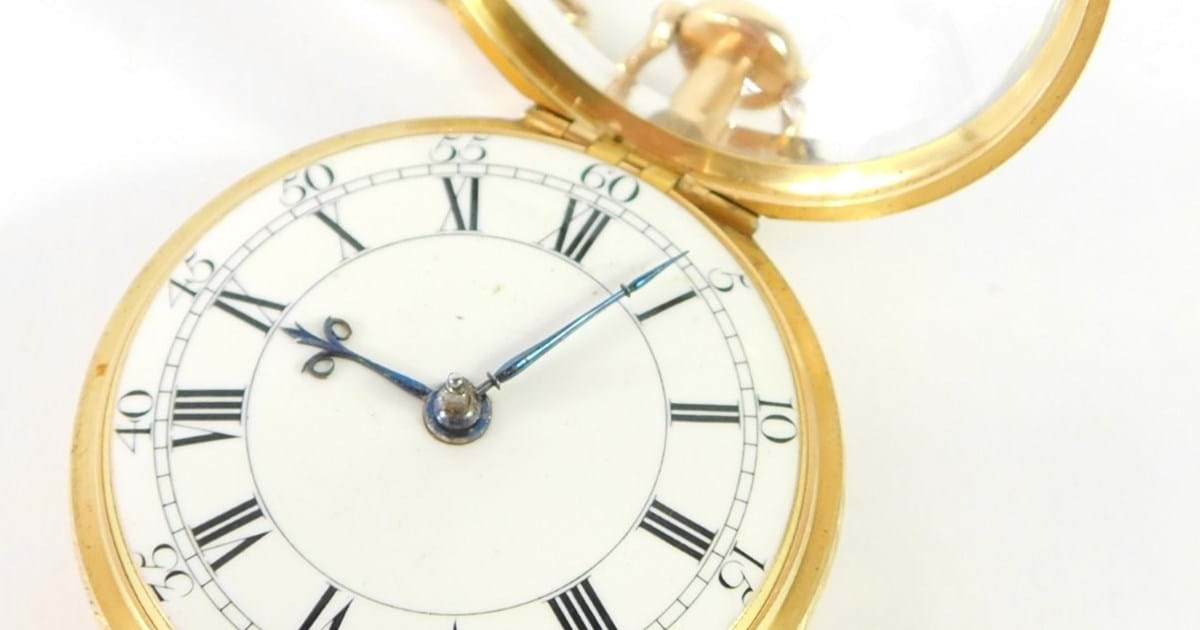 The great Greek philosopher Theophastus coined the expression “time is the most valuable thing a man can spend”. In Georgian England it was also one of the most valuable a things a gentleman of quality could spend his money on. Watches, together with clocks and other scientific instruments, were created as items of immense beauty, but also, increasingly as items for which the utmost precision and accuracy were paramount.

One such watch, epitomising the development of the horologist’s craft and exquisite workmanship of the eighteenth century, was offered as Lot 1 in Bourne’s November 4th Collective sale. Pair cased in 18ct gold, with a watch chain and key, it was made by the firm of Mudge & Dutton and hallmarked for London 1766. Thomas Mudge, a horologist and instrument maker, was renowned for the invention of the lever escapement, arguable the greatest improvement to enabling the accuracy of time keeping in the history of watch making.

This watch was an instrument of beauty, and from the engraved crest of a leopard’s head and crown on the outer case, was believed to have been commissioned by a Leicestershire gentleman from the Pulteney family. The dial unusually showed, in both Roman and Arabic numerals, the twenty four hours of the day, whilst the case showed wonderful pierced and engraved rococo workmanship of scrolling leaves and a depiction of Old Father Time. However, as with many good pocket watches, it was the repeater fusee verge striking movement, synonymous with Thomas Mudge, that attracted the strength of bidding from the prospective buyers who, ignoring the £2000-3000 estimate, battled it out on line and by telephone bidding, before being purchased at a hammer price of £5500.

Around four years after the aforementioned watch was made Thomas Mudge was commissioned to make a similar watch by King George III for his wife Queen Charlotte and was known simply and affectionately as the “Queen’s watch”. Incorporating, for the first time since its invention some sixteen years earlier, the first lever escapement, this watch is currently to be seen in The Royal Collection.