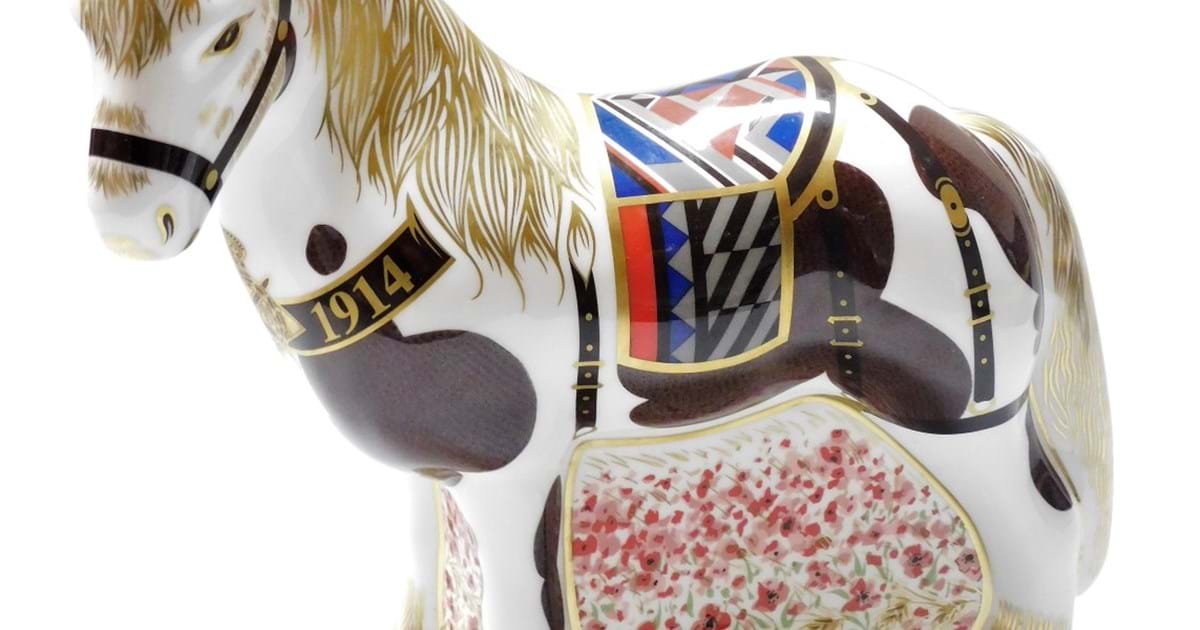 In 1981 Royal Crown Derby produced its first paperweights which were launched at a reception at Chatsworth House: five birds and a rabbit designed by sculptor Robert Jefferson and decorated by June and Brian Branscombe. Royal Crown Derby has since produced porcelain paperweights ranging from elephants, toucans, water buffalo and butterflies; the range is extensive and highly collectable with over 450 individual designs and 30 series collections.

The paperweights are all made using bone china and hand decorated in various Imari patterns with largely 22 carat gold highlighting; Imari designs originate from the East with the use of under glazed blue with overglazed red and gilt highlights. Royal Crown Derby was already producing ceramics of this nature from the late 18th century so knew that this design choice would appeal to contemporary tastes, yet continue the tradition of the factory.

Each paperweight comes with a stopper where it is possible to fill the item with a dense material so that it fulfils its role as a paperweight, but this is not often done due to them being highly decorative cabinet pieces. The most highly prized are those with their gold stoppers, with the silvered or brass denoting a second, however it is often hard to tell why an item may not have passed quality control at the factory and may only show a tiny imperfection that only the most discerning trained eye can see. Some special editions were however made without stoppers such as the Royal Cats collection. 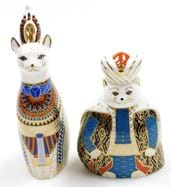 The Grantham saleroom’s last sale of 2021 saw an extensive collection of Royal Crown Derby paperweights sold under the hammer, the largest seen for some years. The collection numbered some three hundred paperweights, meaning there was one to suit all tastes and budgets. The collection included a Golden Rio toucan (lot 235) made to commemorate the Rio Olympics with hammer price of £200 and two Gypsy caravan’s (lots 118 and 121) which sold for £360 and £400. Other sale highlights included a number of paperweights from the War collection, including a War Dog paperweight (lot 236) which sold for £140, and a War Pony (lot 245, shown above) for £260. 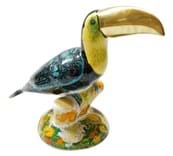 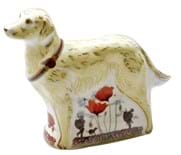 To view the results of the auction including this extensive collection please follow the link.