The bizarre comes to Lincoln 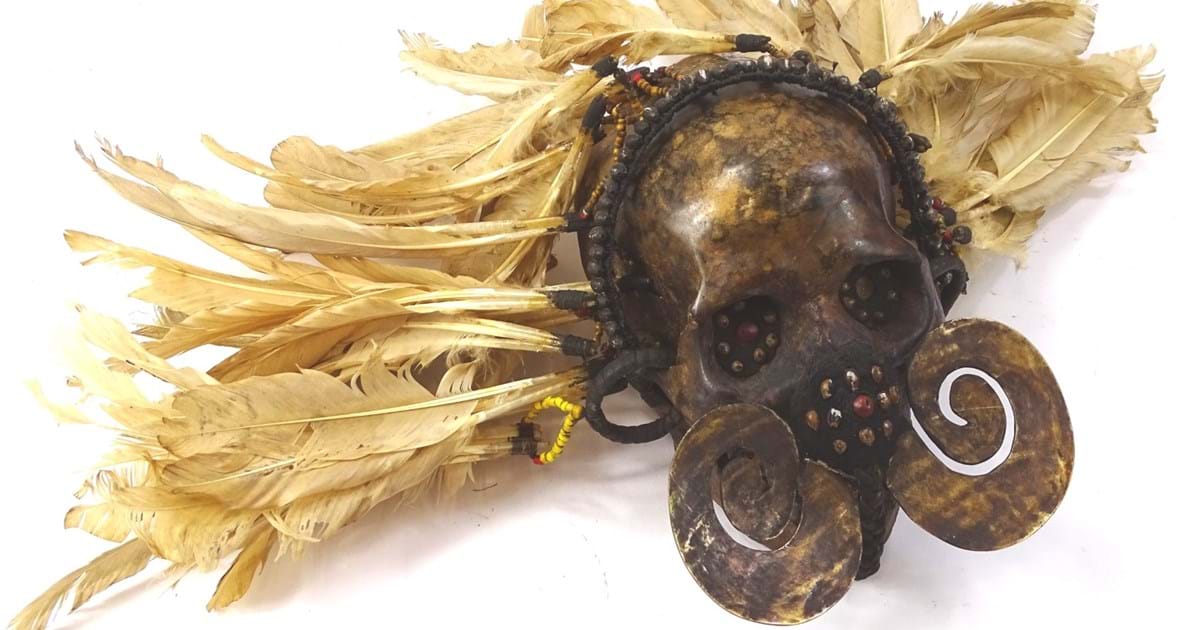 Next week’s Lincoln Collective Sale offers some of the most bizarre pieces to have come on the market in recent years.

A collection of taxidermy and human skulls - consigned by a local collector for sale on the 19th September - will no doubt shock some of our regular auction goers due to their macabre nature; in particular a collection of human skulls from various parts of the world, the most unusual being from the Asmat tribe in Papua New Guinea. 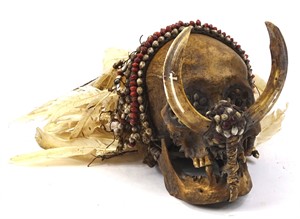 The tribe were first sighted in 1623 by a Dutch traveller. Latterly Captain James Cook is believed to have encountered the tribe in 1770 while on The Endeavour, only to retreat quickly due to their practices; the tribe were well-known head-hunters and cannibals until the latter part of the 19th century when missionaries suppressed this practice. Not only did they hunt for human skulls, but they also worshipped them, removing the brain and eyes and blocking the nasal passages to prevent evil spirits from entering the body. The tribe only met the outside world fully from the 1950s onwards, due to their fierce reputation. 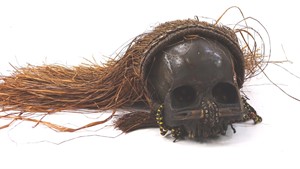 Also included from the same collection are several African voodoo skulls, waxed medical plaques and profiles made using real human hair to display various medical conditions, and different medical charts made fashionable in recent years by interior decorators showing multiple parts of the body and medical conditions. Prices vary, but pieces can be bought for a few hundred pounds to well over a thousand pounds for some of the rarer examples.

Other unusual pieces consigned from this vast and eclectic collection include a full-size taxidermied baboon, painted fairground and enamel signs, and a clown relief from a fairground attraction. 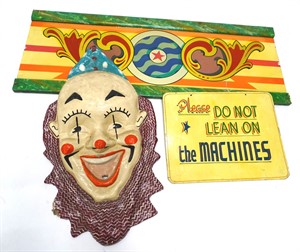 Elsewhere within the sale, a comprehensive collection of medallions and tokens have also been consigned from a Lincolnshire collector, with some pieces dating back to the early days of railway and engineering. Like the number of medallions relating to the completion and opening of the Thames Tunnel in 1843. The tunnel was built by the Great Engineer Isambard Kingdom Brunel, Marc Isambard Brunel’s son, utilising his father and Thomas Cochrane’s newly invented tunnel shield. Brunel Junior from the young age of eighteen worked tirelessly on the project until its completion. The tunnel subsequently has now become part of the London Underground system. 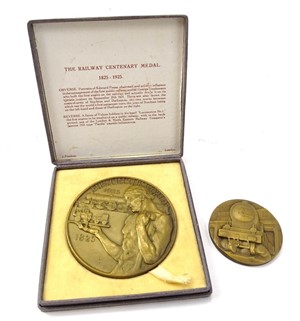 With around 1500 lots consigned in the auction, the sale also includes: eight longcase clocks, two highly decorative and sought after carpets made in Heriz, Persia and China from the 1920s onwards, collections of stamps, coins, silver, gold coins and jewellery, Wedgwood Jasperware and similar pieces, with perhaps the most extensive collection of Royal Doulton to come through the saleroom in recent months, consigned from local collectors with over one hundred Royal Doulton figurines in total. An auction certainly not to miss, with pieces for most budgets and tastes.

The Lincoln Collective Sale will be held on Wednesday, September 19th at 10am. Viewing is on Tuesday 18th from 10am to 4pm and from 8.30am on the morning of the sale.