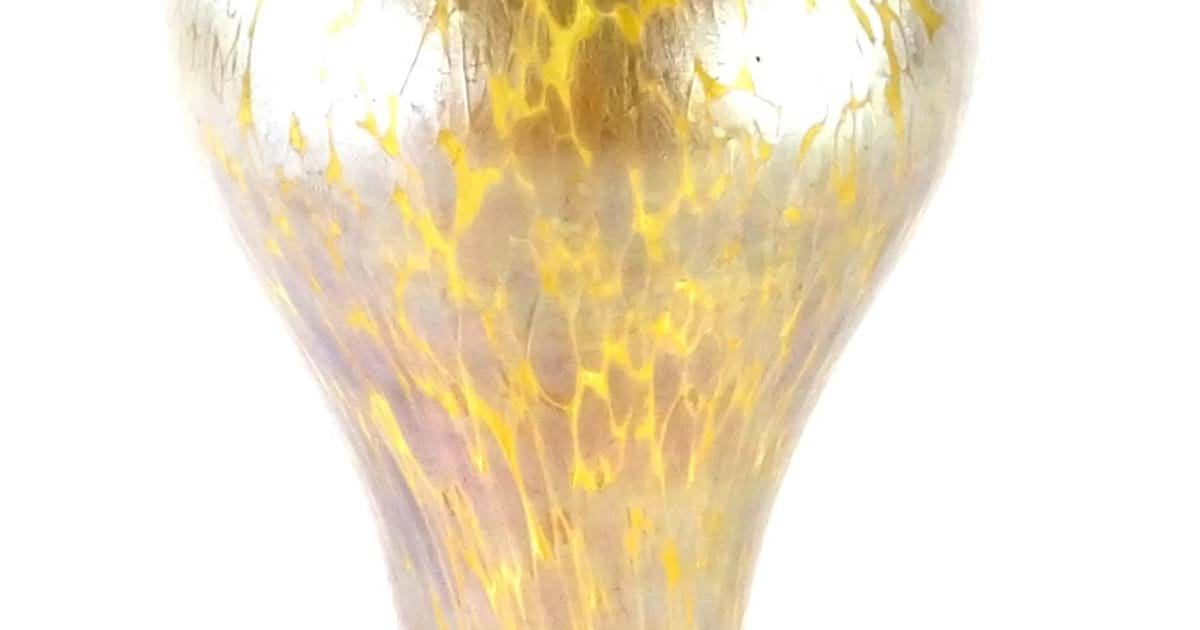 The Loetz glass factory is little known outside of collectors and specialist dealers. Established in 1836 by Joham Eisner in the Bohemian town of Klostermuhte, which is today in the Czech Republic, it was originally called Klastersky Mlyn. It was only after its sale by his heirs and a further sale to a Frank Gerstner that the factory started to develop into the powerhouse of the Art Nouveau glass world it would become.

Frank Gerstner’s wife Suzanna was the widow of a little known glassmaker called Johann Loetz. Suzanna took over the factory in 1855, successfully making lead crystal overlay and painted glass that Bohemia is so famous for manufacturing even to this day. Eventually in 1879 with the factory renamed as Johan Loetz and under the control of Maximilian Von Spann and Edward Prochaska the factory was modernised and new patented techniques were introduced.

Golding Young and Mawer in Lincoln have a piece from he heyday of the factory in their sale on the 18th November. The tall glass vase from the Candia Papillon range (introduced in 1898) has all the style and colours of Loetz’s rival factory Tiffany and Co. Purchased locally for a modest sum it is expected to make in excess of £300 in the online only auction.