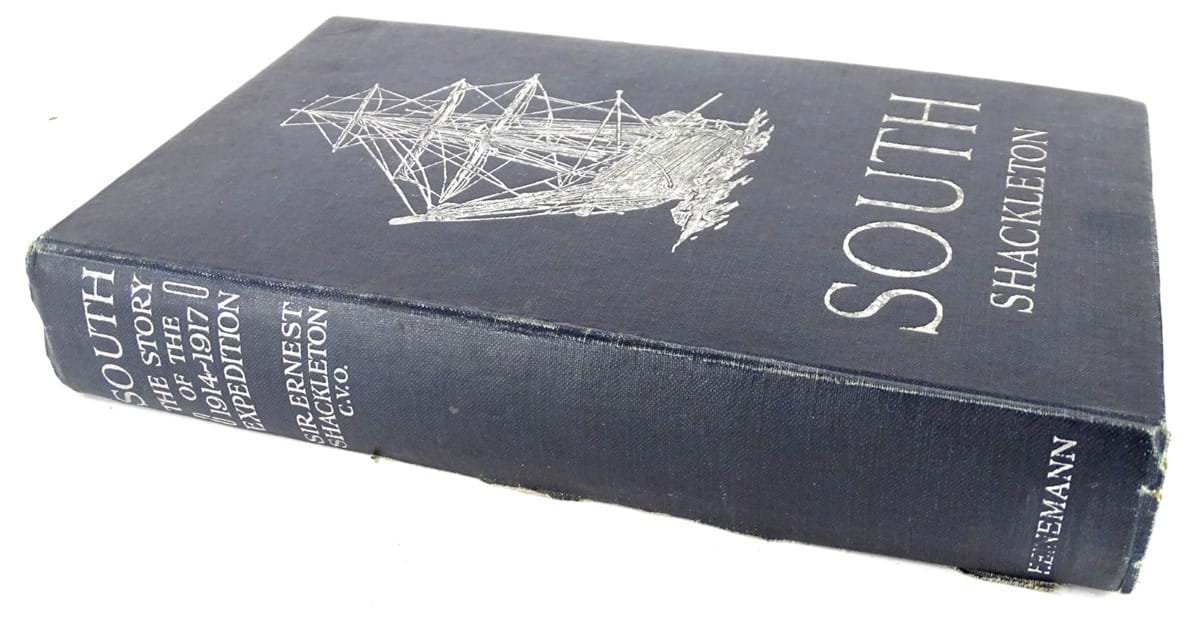 Sir Ernest Shackleton CVO OBE FRGS FRSGS (1874-1922) is undoubtedly one of the Greatest Britains; in fact he placed 11th in a BBC poll in 2002. His exploits of heroism in the Antarctic was world news in the early 20thC. He was in fact the third officer on Captain Robert Scott’s discovery expedition of 1901-1904, but was sent home on health grounds. After the race to the North Pole ended with Roald Amunsen’s conquest in 1911, Shackleton turned his attention to crossing the Antarctica from sea to sea via the pole. His famous Imperial Trans- Antarctic Expedition of 1914-17 was struck with disaster, his ship The Endurance was trapped in pack ice and crushed. Shackleton and his crew escaped and voyaged in lifeboats  to Elephant Island and South Georgia Island. A terribly stormy voyage and perhaps Shackleton’s most famous exploit.

Shackleton returned to the lecture circuit and published his account of the expedition in a book called ‘South’ published in 1919. He later died of a heart attack back on the Island of South Georgia in 1922 preparing for a final expedition, The Shackleton-Rowlett Expedition.

Golding Young and Mawer have in their next Lincoln sale on the 16th September a signed and personalised copy of Shackleton’s book South. Dedicated to Sir George Harold Arthur Comyns (1865-1946), an eminent obstetrician and gynaecologist; it has a personal inscription ‘To Comyns Berkeley in sincere admiration from Ernest Shackleton April 1920,’ and a verse ‘dawn lands for youth to reap, dim lands where empires sleep, and all that dolphined deep, where the ships swing.’ The book is a reprinted copy from 1920 and consigned with the provenance of Butterfields, Thoresby, Nottinghamshire. The book is expected to make between £500-£1000 in the auction.

Of local significant are just under 150 lots consignments from the Estate of Miss Rachel Monson of Lincoln; with a number of items dating back to the 19th century and earlier, directly traceable to the family of Baron Monson of Burton near Lincoln.