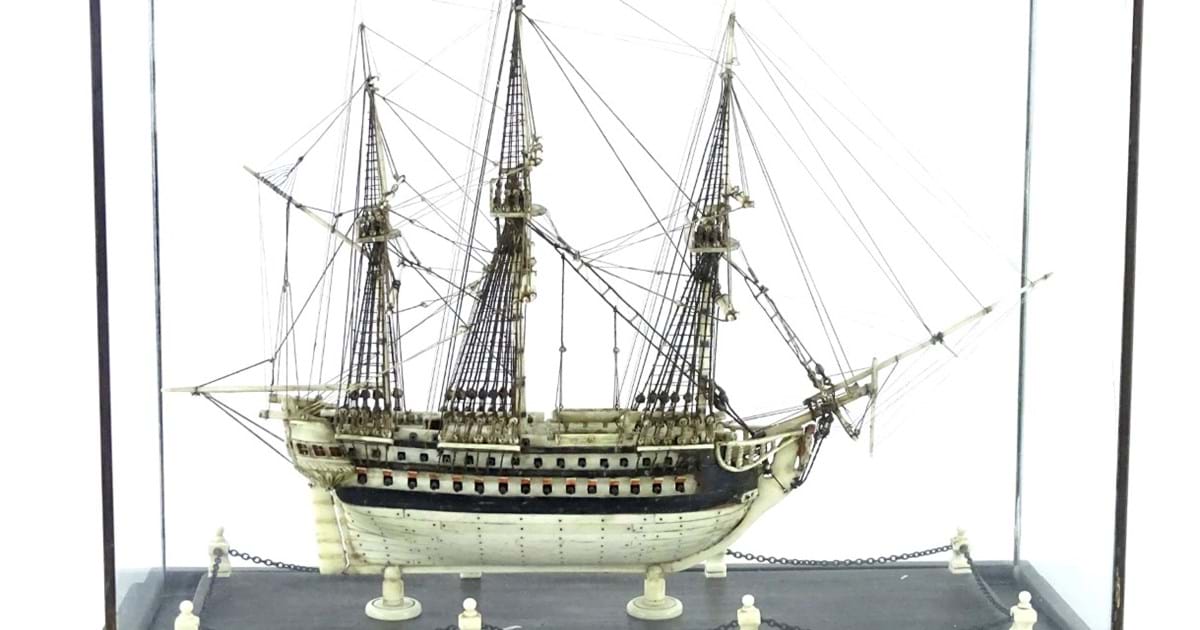 It is estimated that from 1803-1814 around 122,000 French Napoleonic prisoners of war were imprisoned in Britain. They were held in poor conditions but in such adversity were able to fashion objects out of the beef and mutton bones left over after meals. The most common items were sets of dominoes, boxes, sewing accessories and automatons.

Probably the most sought after were the ships made during this period. Often modelled on the British ships they had seen or been captained by, they were made without plans but from memory. They were sold to passers by or at market in order to buy extra food, tobacco, wine, clothes or more materials, Models were commissioned by the wealthy, in turn making some of the prisoners wealthy in their own right.

One such ship was consigned from a local collector in Golding Young and Mawers Lincoln sale on the 18th November. It is expected to make in excess of £500 and attract world wide interest from collectors but to it unusual small size and obvious quality and condition. However when the day came it realised £1,100 under the hammer.