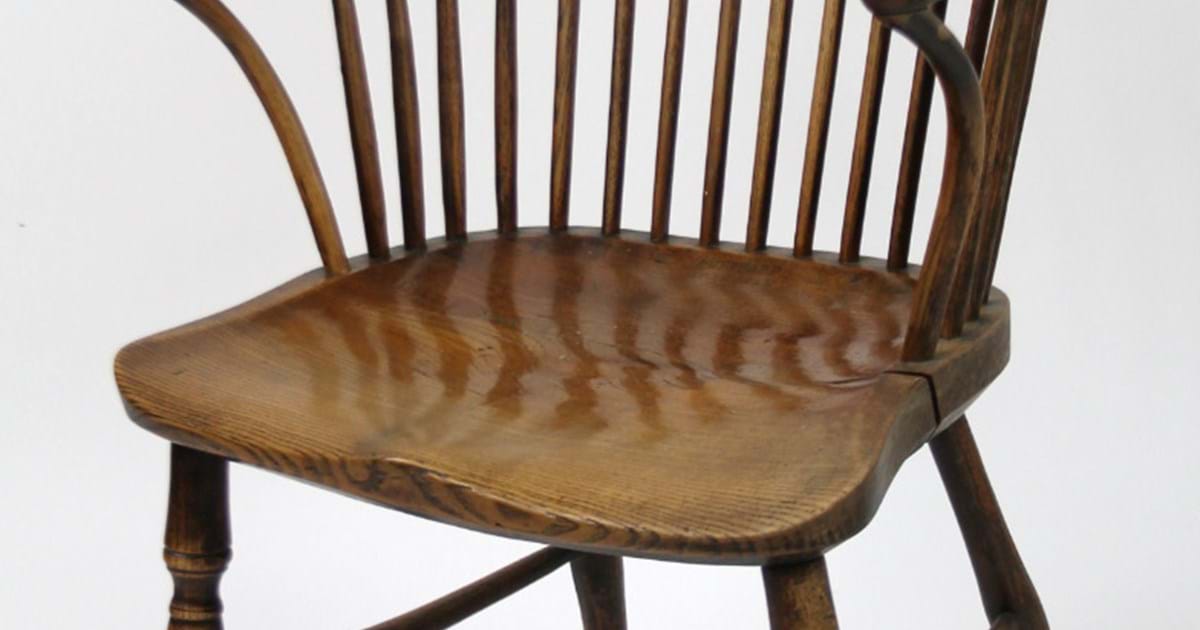 Windsor chairs are a great enigma in the world of collecting. On one hand unmistakable from other forms of seating, their unique design quirks from one area to the next make them very individual pieces.

The term itself is slightly confusing as there is doubt the chairs originated in Windsor, instead gaining their name because they were shipped there in great number from the early Thames Valley makers to be sent onto London for sale.

They were produced from all corners of the country with some dating back to the 17th century; examples were even imported to America as far back as 1730.

English Windsors were often made with ash and elm, yew is rarer and American examples can be made of several different woods including pine.

A cabriole legged Thames Valley chair differs greatly to the comb topped examples found in the West Country, Gothic chairs seldom appear and differ immensely to the quaint Lincolnshire style made by makers such as Amos, Dolby, Camm and Hubbard.

Traditional chair types in a single county made in a catchment area of a few miles also differ greatly, a chair from Caistor will  look very different to a South Lincolnshire piece for example.  Tens of thousands of chairs were made in the Lincolnshire and Cambridge areas, with Alford, Grantham and Louth being particularly prolific.

A local chair will usually have plain back legs, a single ring moulding to the front legs and a full spindle back. The most obvious sign of a definite area however is a maker’s stamp, as found on the Hubbard example illustrated here. 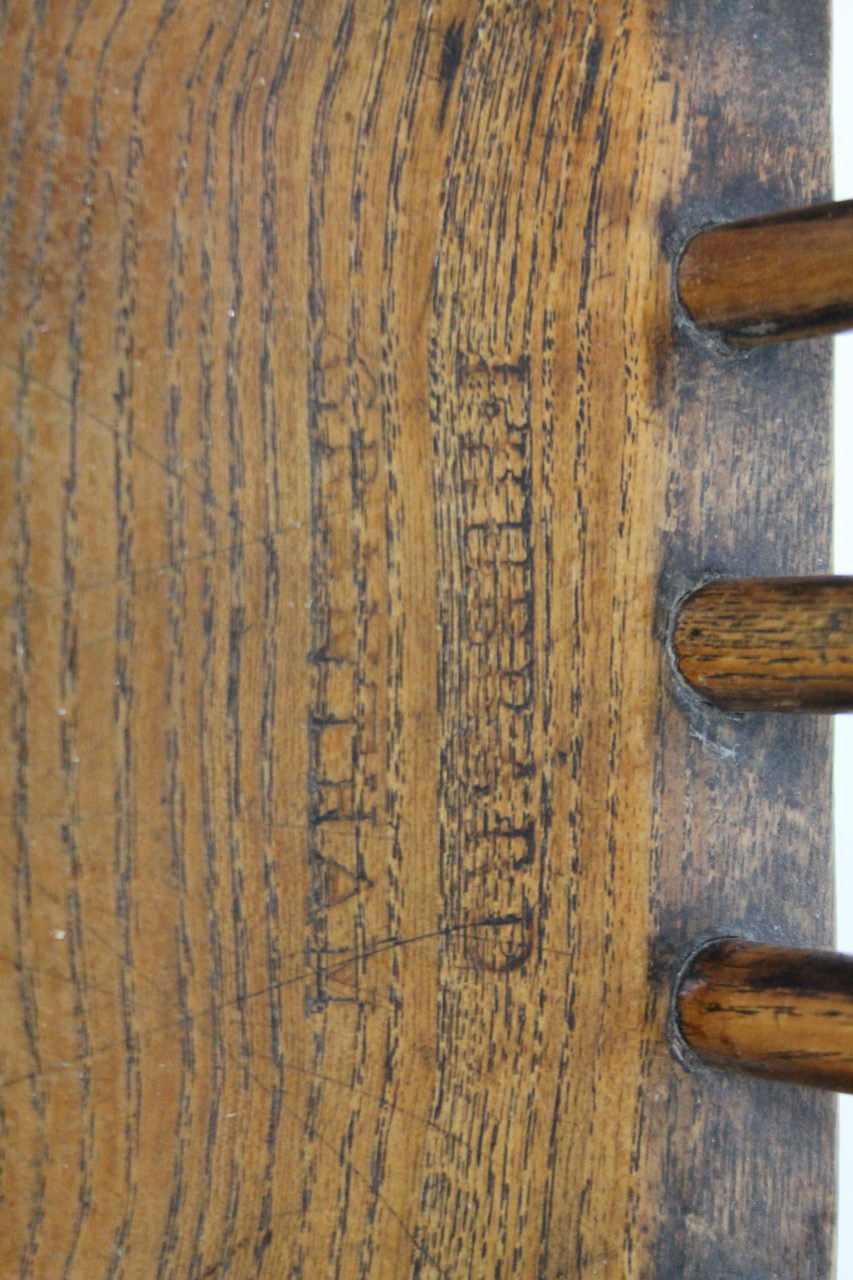 John Hubbard was a prolific maker. Mentioned in the 1841 census he is responsible for a great number of Windsors. This ash and elm example dates to the early 19th century.

This chair is textbook for an early 19th century Grantham piece. Its seat stamp makes it extremely desirable in today’s market; appealing to scholars, interior decorators and collectors. Although named chairs are rare other furniture is more so: named spinning wheels for example were made but have never been found and if any Pride readers should have one, they have a very rare object indeed!