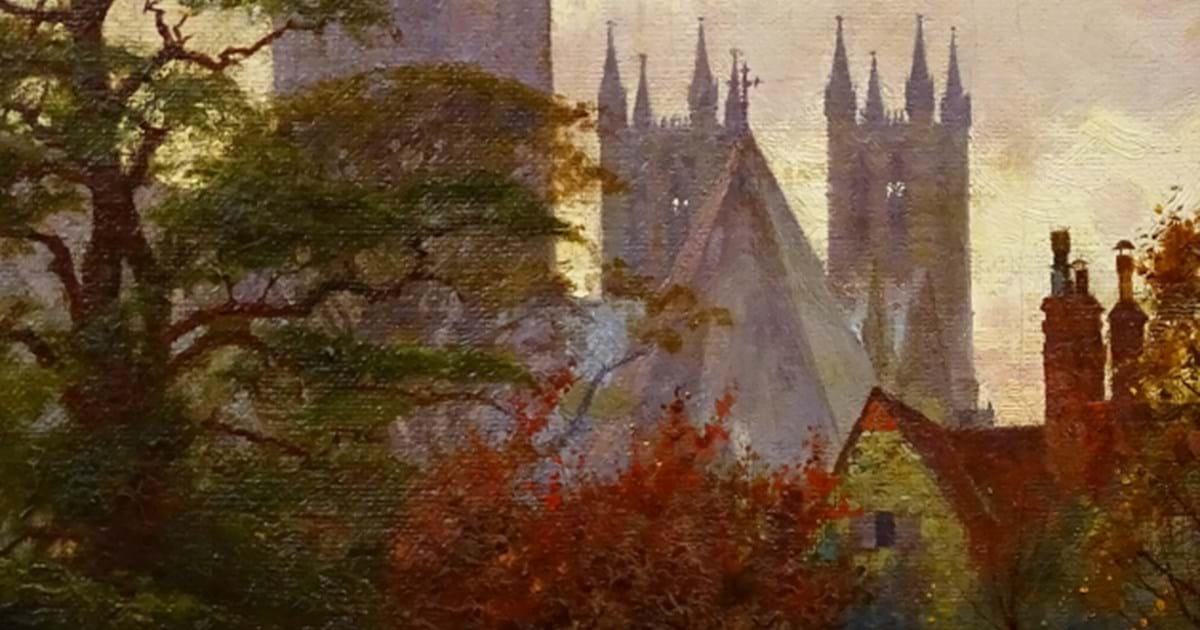 Artistic genius comes no better than the master William Logsdail (25th May 1859 – 3rd September 1944). Added to his obvious talent is the fact he was a local lad; born within the shadow of Lincoln Cathedral which only adds to the local appeal of this world renowned figure.

One of seven children, William whose father George was a verger at Lincoln cathedral quickly knew his path in life, enrolling in the Lincoln School Of Art under the tutorage of Edward R Taylor. A close friend was Frank Bramley who became part of the Newlyn School, but the young Logsdail was just as talented.

He toured Europe and visited Antwerp, fine tuning his accurate and picture book style under the highly accomplished and world renowned Charles Verlat and had several works hanging in the Royal Academy before his 20th birthday.

His style was realistic, an accurate portrayal of what was there. In the painting illustrated, recently sold at our Lincoln Art Sale one can see the exact nature of what was being portrayed; an almost photographic representation of Lincoln Cathedral from Eastgate House: historically important as it is a snapshot of where he was brought up but also executed to a standard similar to that seen in his version of The Bank and Royal Exchange or St. Martins In The Field, which both proudly hang in The Tate.

Queen Victoria was a purchaser and a work could be seen in Osborne House and even The Times described him as almost technically faultless.

His artistic talent was acknowledged by The Grosvenor and The New Gallery and he even won the coveted Royal Academy award for Picture of The Year even though Logsdail himself was the fiercest critic of that particular work.

He was well travelled, well educated and a highly skilled artist, with his larger works gracing some of the finest establishments in the world with many hundreds of thousands of pounds changing hands for the largest and most famous pieces.

The simple painting of small scale offered at Golding Young in Lincoln was a small but highly detailed work, helped by a label dating it to a sale in 1926. Provenance, coupled with the highest quality merit from a local famous name ticks several boxes of what is seen as desirable and the £3800 paid is testament to the skill, ability and appeal this wonder of Lincoln holds to the general public.