When Bronze Is First Prize 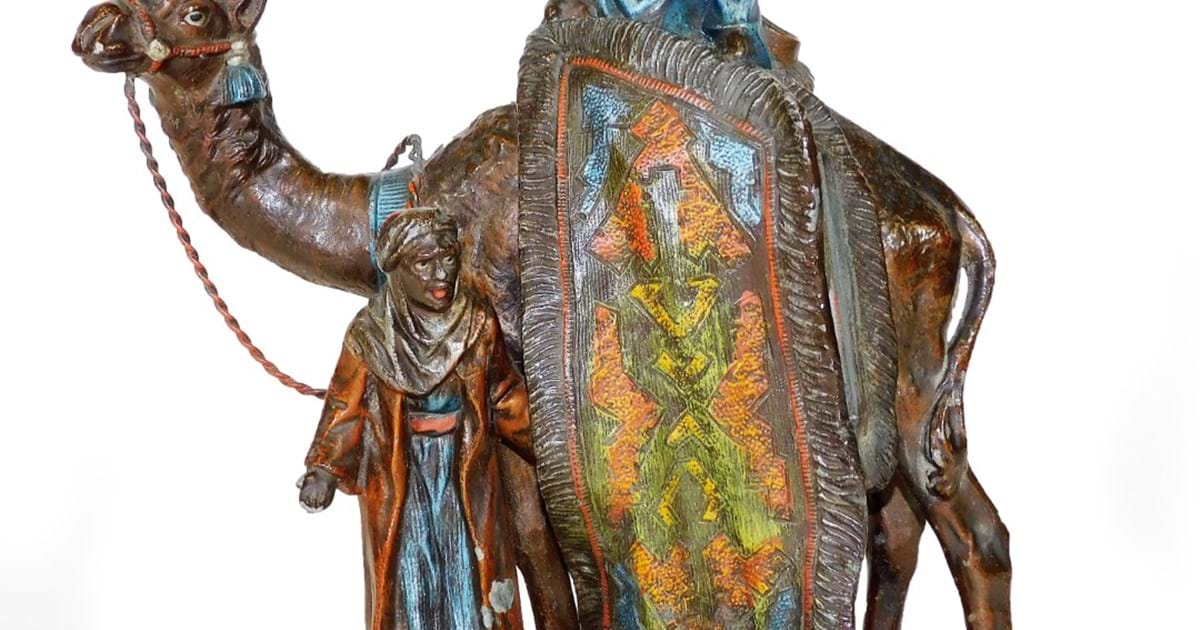 Franz Xaver Bergmann (1861 – 1936) is a name synonymous with the highest quality and amongst the most sought after bronzes produced in Vienna in the very late 19th century through to the closing of his foundry in 1930.

He wasn’t a maker as much as a foundry owner, taking over his father’s premises and eventually opening his own in 1900.

The definition of what a cold cast bronze is, can be answered in its title. A bronze, dust painted and not fired hence it remained cold. The decoration was often applied from ladies working from home and Bergmann became synonymous with these because he owned the foundry and therefore signed the pieces.

After taking over from his father and marrying the daughter of his mentor Joseph Ott, Bergmann had relative levels of success until the Great Depression put paid to the commercial aspect of his business and trading ceased in 1930, only to be resurrected later by his son Robert until its closure in 1954.

The moulds and stock were sold to Fuhrmann and Co and such pieces were reproduced – faithfully rather than to deceive to a good level, making it often difficult to tell original pieces to later copies. There are a great number of works available, many are copies and some are what you would call old reproductions, created to admire the originals rather than to trick the buyer.

The illustrated example is one such example, probably using the Fuhrmann purchased moulds and was offered in a recent Grantham sale. It has many of the qualities associated with the original moulds but makes a fraction of the price being as it is later, in spelter or a similar alloy and not bearing the magical name of Franz Bergmann, surely the most famous foundry owner in the world!