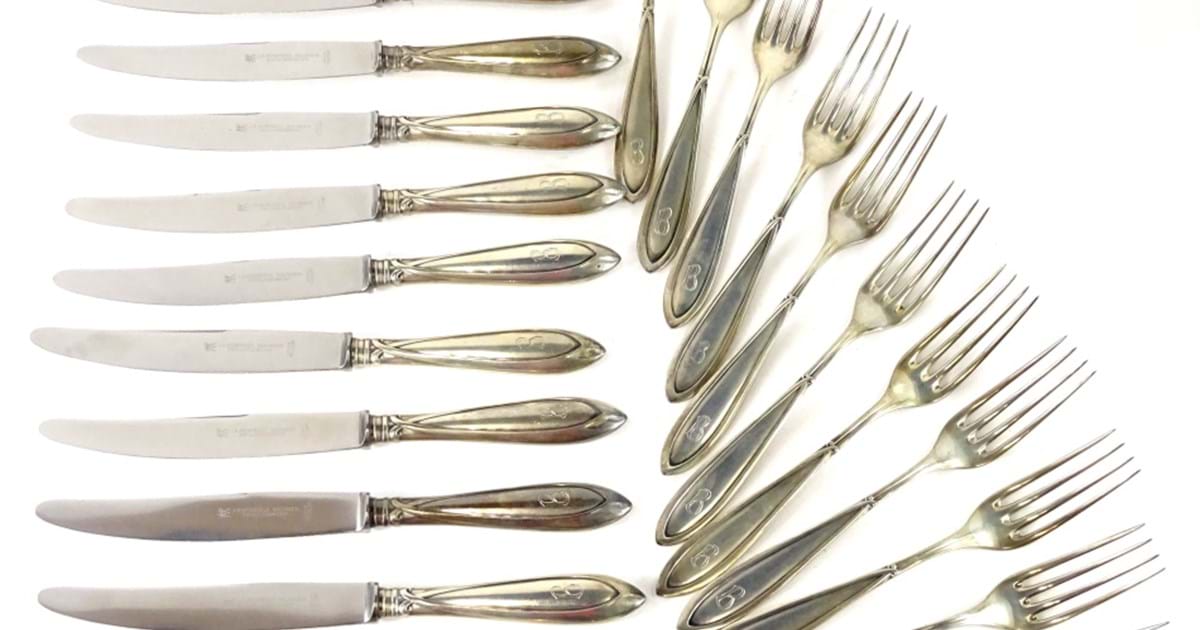 The evening online Lincoln Militaria Sale on the 17th June provides a stupendous collection fresh to the market and if they could speak many pieces would be able to tell a story or two, not least the cutlery set nestled towards the beginning of the sale.

You may be mistaken for expecting such a lot to appear in a silver sale, but it is the story which helps create the magic and places it rightly in this sale of military items.

Imagine the vendor’s father? A member of the Royal Army Services Corps, who in June 1945 was moving through France with his unit and stumbled over a chateau, once in the possession of aristocrats, which had been taken over by German officers and had left in somewhat of a hurry, because as the story goes on entering, the British soldiers found this service and not much else as the officers were nowhere to be found.

As the story goes, the service was removed and sent home to Britain as a souvenir of the liberation. Now is this true? One can never know, stories pass down and there are cloudy parts to what is said with nothing known of the actual chateau, but does highlight the personification of action in such a terrible time and such a horrendous war: A moment of light relief when all around you is misery.

What cannot be doubted is the quality of the service. Marked Solingen and produced at the Henckels factory, that great German maker, who has produced services of the highest order since 1731. Their trademark is part of the Solingen Cutler’s Guild and the craftsmanship of this set is of the best quality.

What adds to this is the magic number 800 stamped on each piece, the handles are indeed German white metal, not a sterling silver and obviously not an English hallmark – they even have to be referred to as white metal, but they are a precious white metal and a white metal which could be melted down, however who would wish to do that with such a fantastic story behind how they have ended up in a militaria sale in the middle of June in Lincoln.