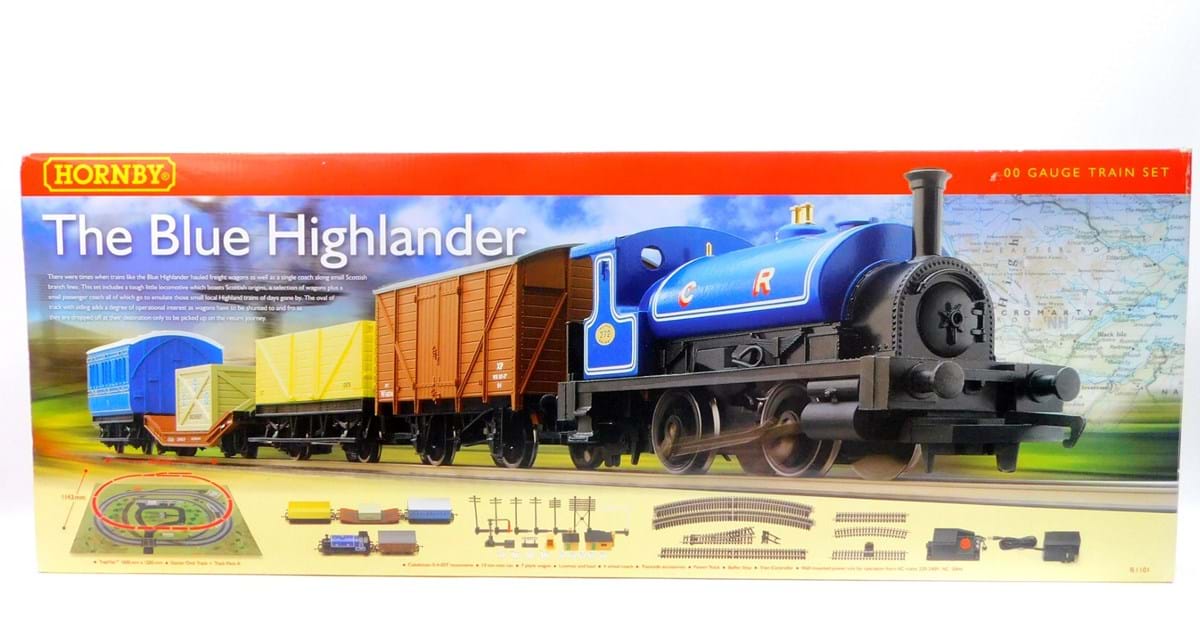 Whether it’s Bachmann, Lima, Pico Tri-ang, or Wrenn, buyers are constant throughout the world and by far the most popular name in the group is Hornby with a high number of collectors since its introduction in the early twentieth century.

Frank Hornby (1863-1936) developed the patent in 1901 to protect “Improvements in Toy or Educational Devices for Children or Young People” and by 1907 had developed the Meccano factory, the forerunner to Hornby.

Early trains were tinplate and sometimes wooden, had clockwork actions and were O gauge being roughly twice the size of the most common trains seen now OO gauge.

The first electric train was developed in 1925 and the direct current was created in 1929, Hornby Dublo (OO gauge) was introduced in 1938. By this time Hornby was doing very successfully but were overtaken by several rivals who developed two track systems.

Companies such as Tri-ang produced plastic trains which were easier to produce and proved more successful as they were cheaper to produce and buy. Lines Brothers saw the potential of merging these companies and by 1972 Hornby Railways was developed. This lasted until 1986 when the company became a PLC. New ranges were developed such as Thomas The Tank Engine and became a big commercial success.

Although the company didn’t produce during the Second World War, it survived wars, trauma and pandemics throughout the twentieth century and has a huge following now for buyers throughout the world. Our Toy Sales are crammed with Hornby trains and with trains by all of the big makers, with live steam and scratch built items being very successful too.

Our diligent and knowledgeable staff from the porters upwards work tirelessly into the night creating an attention to detail in getting the items catalogued and sold for the best prices. Basically we are the go to saleroom whether a buyer or a seller, our results speak for themselves and we are always happy to help from single items to large consignments.