Time To Buy A New Property? 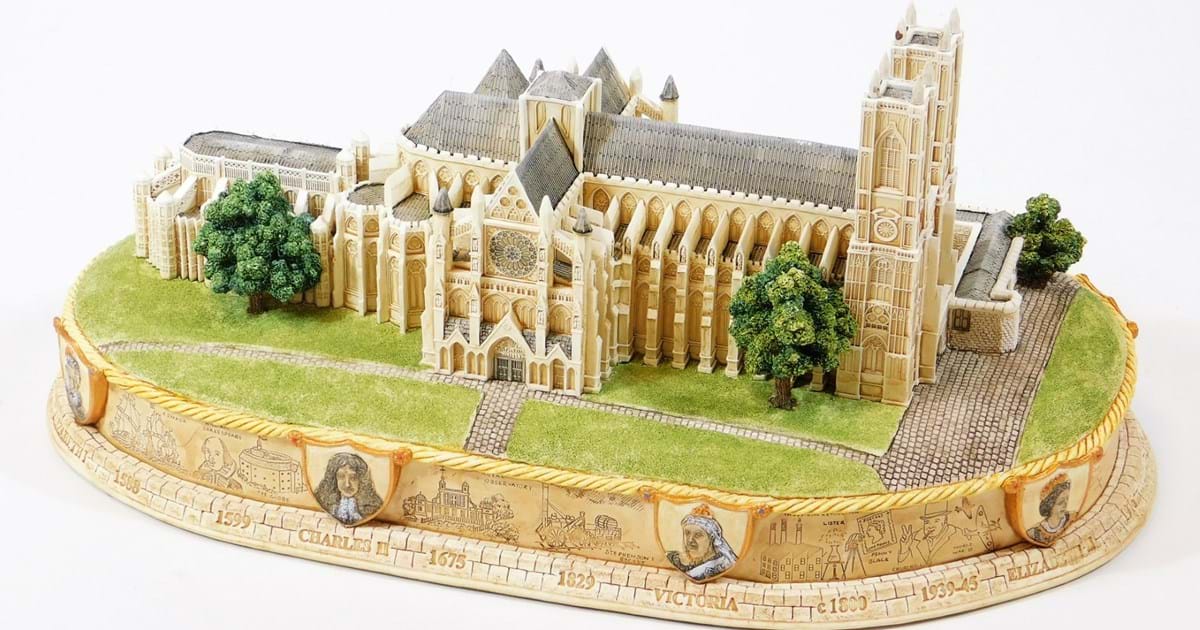 A comprehensive collection of Lilliput Lane buildings from a single owner will be offered on August 5th and if you are a collector this is not a sale to be missed.

Created in 1982 by David Tate, the factory was developed in Skirsgill, Cumbria and initially had fewer than 10 workers, but grew in a short space of time to create buildings from Shakespeare’s House to The Houses of Parliament, any number of Lake District landmarks and basically famous buildings and monuments across the world. Such objects were competitively bought in over 50 countries and could be seen changing hands for many hundreds of pounds in every major UK department store in the 1980s and 1990s. By 2009 it had moved to Langholm and in its pomp had 600 staff with Tate receiving an MBE.

Like all collecting fields, some pieces were more desirable than others, with Cliburn School and the Drapers proving difficult to get. As with other collectable names of the day it is these rare pieces which still command interest in sales now and prices remain relatively good in what has been a fraught market place for collectable items of this type.

The wonderful thing about this collection is the diversity and condition of the items with the large sets, limited edition and collectors pieces all featuring, with 90% of which having original box, packaging and paperwork.

Similarly to other collecting areas whether it be Beswick or Doulton, the interest surrounding these cottages is indebted to The Complete Collector’s Guide by Dan Komar which highlighted every design and published prices of what they sold for and so on to keep collectors informed.

The success of the company was short lived with production ceasing in 2016 but the second hand market remains relatively vibrant even now.

There is still a relatively large collecting field for these miniature marvels and although high brow collectors of ‘Fine Art’ may turn their noses up at them, it will be amazing see just how sought after these groups are.

The sale is on August 5th and will be an online auction with viewing by appointment at Grantham, please call our offices for further details.