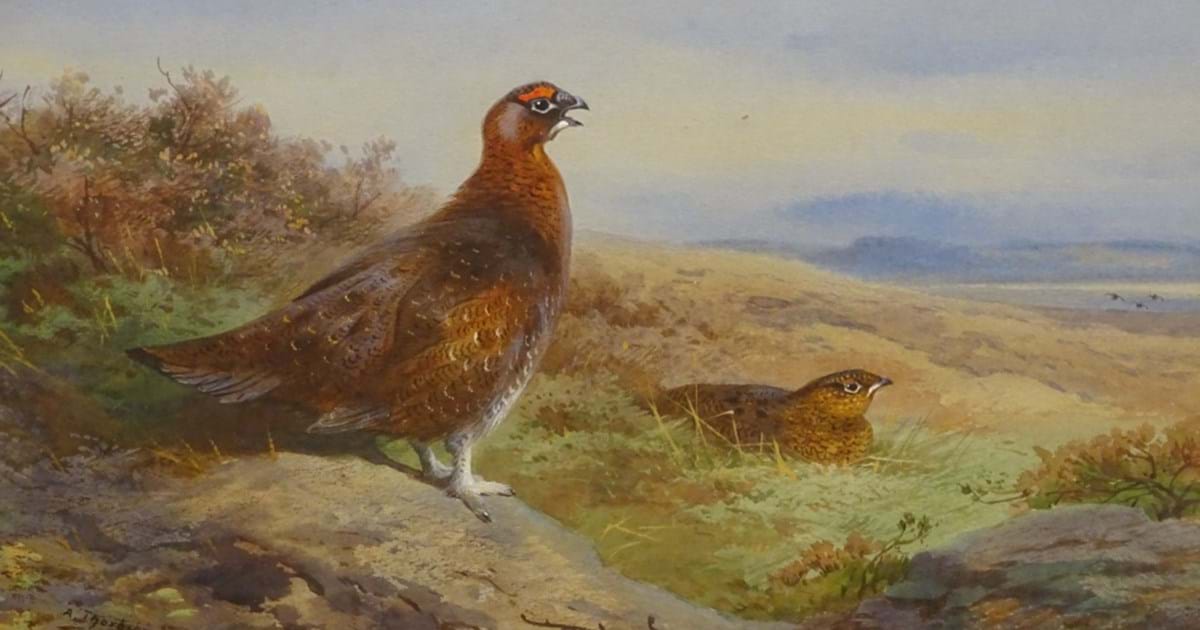 It was almost inevitable that Archibald Thorburn (31st May 1860 – 7th October 1935) would become an artist of the highest repute; what with his father Robert Thorburn, the great portrait miniaturist and favourite of Queen Victoria aiding his study along with the tutorage from the esteemed Joseph Wolf, but few would have expected the rise and sustained success of this household name and artistic legend.

Born in Laaswade near Edinburgh, the young Thorburn was prompted and encouraged to paint. He quickly became a master of animal and especially bird subjects, mainly in watercolour and mainly showing the beauty of the surrounding area and the creatures themselves in an accurate textbook manner. He has become synonymous with natural works and was as well known throughout his life as he is today not just through the prolific amount he produced, but the attention to detail and mechanical representation of the subject.

The other obvious feature of his works which has created a legacy in today’s market was his association with both aiding the collaboration and illustrating books on nature in great number, culminating with his masterpiece of over 200 illustrations in the work Coloured Figures Of The Birds Of The British Islands.

The watercolour illustrated was sold at our record breaking Lincoln Art Sale in August for £9000. This result is testament to the quality of the work which amply shows the skill of the artist in producing a scientific representation of in this case the grouse in a wonderful naturalistic setting. Similarly to many of his works, the birds from eagles to peacocks, grouse and pheasants or other animals were drawn from sight, either in the leafy Hascombe where he moved in 1902 or in his yearly returns to Scotland specifically to paint in Kingussie or the surrounding areas.

Thorburn’s early life was often spent close to nature; if he wasn’t painting animals he was hunting them. Usually he could be found with the high society at shoots in Sandringham or the like and it was not until a highly remorseful event when he fatally wounded an animal whose painful demise led to him replacing the shotgun exclusively with the paint brush. His rehabilitation was complete when he was made vice president of The Royal Society for the Protection of Birds in 1927, he even designed their first Christmas card in 1899.

Archibald Thorburn is a true great and household name. He can me mentioned in the same breath as other famed animal painters such as Stubbs, Marshall, Munnings and Lodge and his works continued to be enjoyed as great investments and true representations of the natural world today.