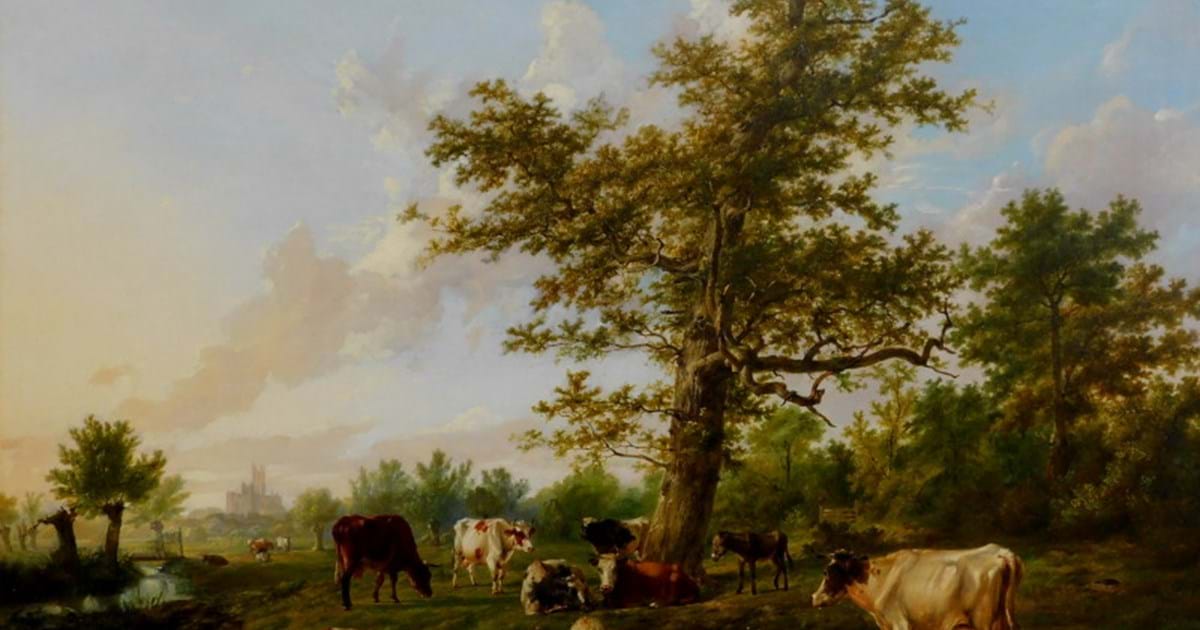 Thomas Sidney Cooper was a successful Victorian landscape and animal painter, born in Canterbury, Kent in 1803 he went on to train at The Royal Academy in London.

His style of traditional landscapes with grazing cows and sheep represented the Victorian fashion for sentimental views of country life.  Demand for his work continued after his death in 1902.

In today’s art market this style of work has become less mainstream but is still sought after by collectors worldwide.

At Golding Young’s recent Fine Art auction a collection of 13 works including oils, watercolours and drawings sold for a total of £39,000.

A packed auction room and record numbers of buyers bidding online made sure each lot was keenly contested for.

“In the Whitehall Meadows, Canterbury”

“To Market in a Snowdrift”. 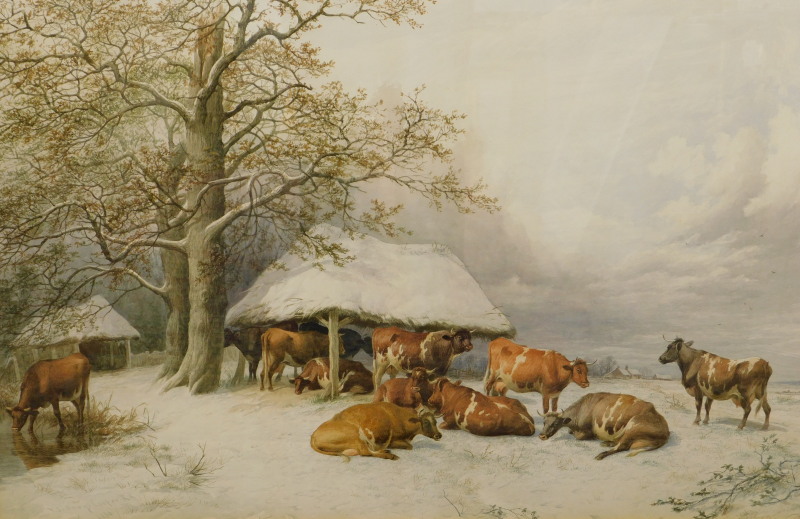