The influences of English taste furniture 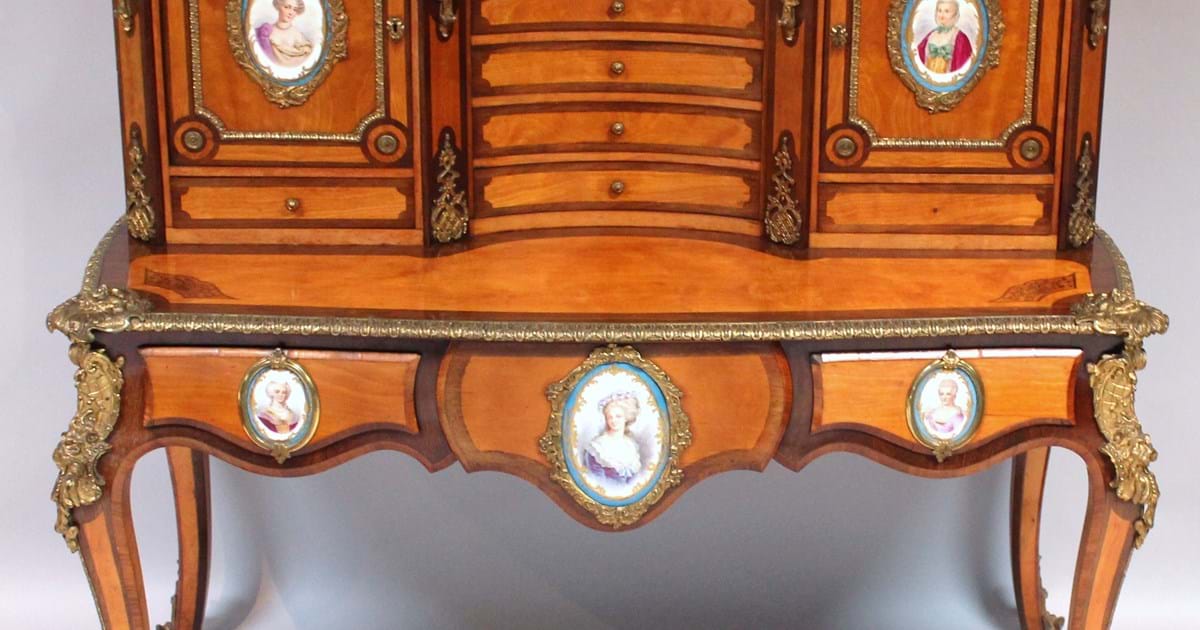 The English taste for furniture has followed European influences for over five hundred years.

In the early years of Queen Victoria’s reign she was passionate for the rococo designs of the French cabinet makers during the reign of Louis XV.  In 1845 she commissioned Holland & Sons to supply furniture to Osborne House in this taste.  Originally founded in 1803 by Stephen Taprell and William Holland, the firm of Holland & Sons soon became one of the largest and most successful furniture making companies in the 19th Century.  The firm worked extensively for the Royal Family, being granted the Royal Warrant.

Holland & Sons employed some of England’s leading designers and participated in all of the International Exhibitions of 1851, 1855, 1862 and 1867.

Many pieces are stamped, but not all are that easy to identify, such as the illustrated writing desk on Bonheur de jour which needed a little detective work.

With locks stamped Hobbs & Co, London, you have to start searching the English cabinet makers archive, despite it being a clearly ‘French’ cabinet.  An attribution was made to Holland & Sons, due to the component parts of specific marquetry inlays, gilt metal mounts and French oval ‘Sevres’ porcelain plaques depicting ladies of court. 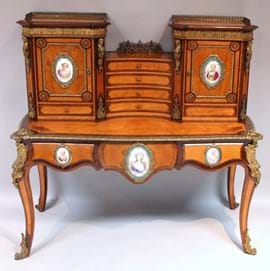 How prices have changed, when it came under the hammer on the 6th May 2015 at The Grantham Auctions Rooms it sold for £10,000.