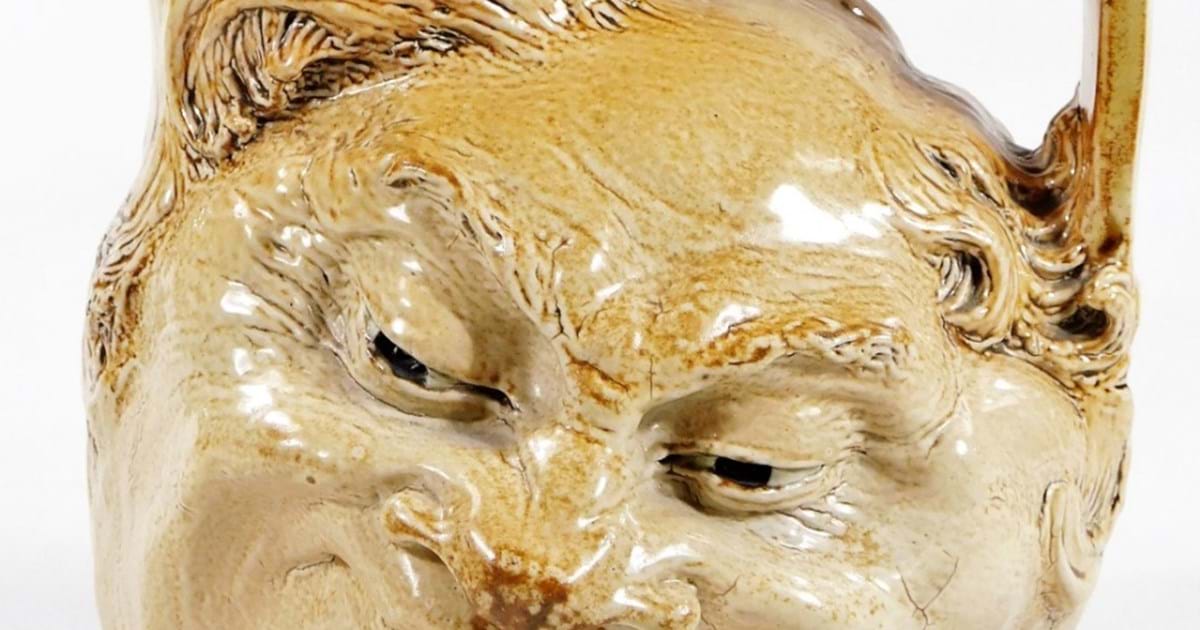 In listing what sells well in today’s antique market, works by the Martin Brothers remain close to the top of the pile; up there with the lofty names of Lalique, Louis Vuitton and L S Lowry, these four potters from Fulham continue to reign supreme thanks to their ingenious grotesque bird statues, caricature figure heads and elaborate table wares which in a design perspective were vastly before their time when made in the late 19th century and remain popular with interior decorators and collectors today.

People still buy names, its nut just a silver salver, it is a Ramsden and Carr silver salver and so on and the name Martin is one such buzzword which entices affluent buyers to open their wallets with works remaining as popular now as when the big collections first began in the 1970s.

So who were they? Well the siblings Wallace, Walter Edwin and Charles began producing a range of wares well before their time in around 1870. They were situated in the Fulham area and in 1877 had premises on Havelock Road.

They worked mainly in saltglaze stoneware and produced fascinating grotesque wares for commissions and to sell in their shop attached to the pot works.

From bird figures to vases, table ware, character jugs and so on they produced a range of wares well before their time and as popular today as ever. The bird jars known as Wally birds after Wallace Martin are the most sought after objects with $196,000 changing hands for one such example in the likeness of Benjamin Disraeli, but large size crabs, other grotesque animals and lawyer jugs remain popular too.

For more modest budgets, The Grantham Auction had two character jugs in a recent sale which fetched £1600 and £2100 respectively. With elaborate sgrafitto design jugs change hands for low hundreds and smaller pieces even less, everyone can own a piece by this most famous of names.

The family had a golden period between 1880 and 1900 both in terms of productivity and sales. A number of aspects led to the closure of the works in 1915: tastes changed and they followed a more un familiar style to coincide with the Art Nouveau period, a fire in 1910 on the premises didn’t help and the aforementioned closure in 1915 was inevitable and brought to an end the tradition of these great potters.

On paper a small scale family orientated business but more realistically an outstanding quartet of brothers who incorporated the highest skills in production, design and retail and whose names continue to live on in the best collections and highest stature in the antique marketplace today.