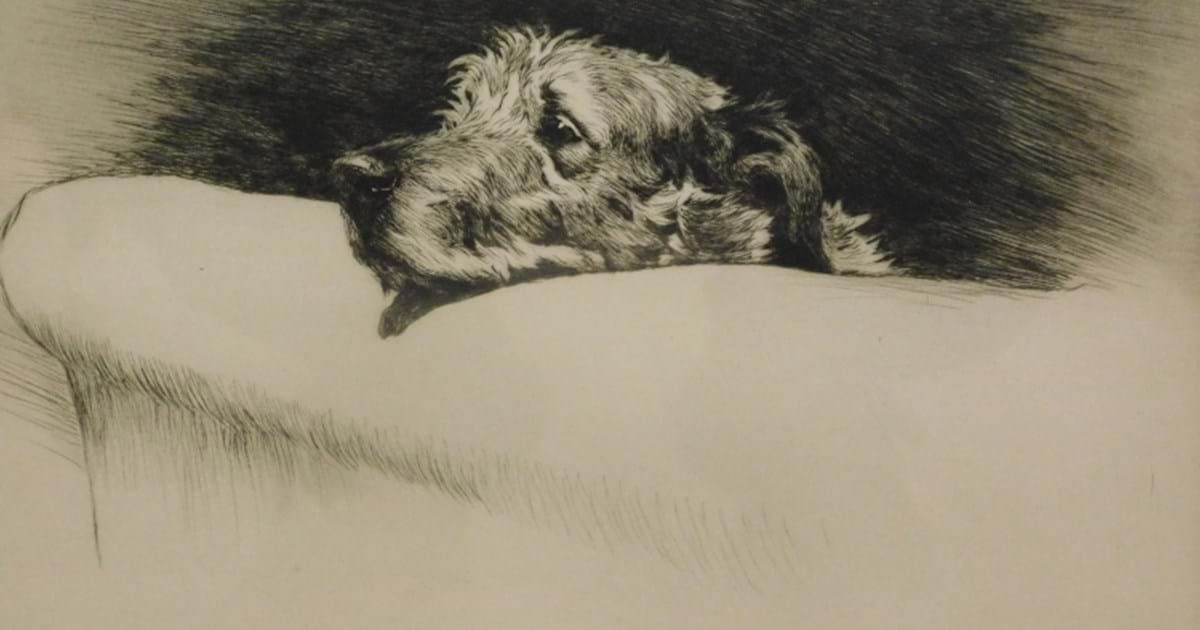 A collection of etchings by the esteemed artist Cecil Charles Windsor Aldin (1870-1935) at the next Lincoln Art Sale on February 23rd prove what a talent he was.

A figure as well known today as in the late 19th and early 20th century, Aldin not only was well taught, he had drawing in his DNA after copying his father, himself an accomplished hand and also devoted much of his private life to the very nature he so expertly illustrated.

As a Master of Fox hounds, an accomplished rider and lover of the natural world around him, it is little wonder Aldin became as much a household name in equine and animal drawings as Charles Johnson Payne (Snaffles) and even Sir Alfred Munnings himself. His depictions of animals and nature are not only prolific in number but high in quality too.

His productivity was as diverse and numerous as his education: he studied at Eastbourne College, was taught by his father, had brief spells being tutored in Kensington and longer stints at the National Art Training School.

He sold his first painting in 1890 and further sales continued as his name and talent flourished, with The Graphic making a purchase in 1891 and the Illustrated London News providing him with a regular income and steady work in 1892.

World-wide notification closely followed with successful exhibitions in Paris and his status as a household name became more complete when chosen as a book illustrator on a great many projects, not least an edition of The Pickwick Papers in 1910.

His private life mirrored his love of nature, whether it be horses or other animals he drew and had a close affiliation with these subjects throughout his life.

The half dozen engravings offered in Lincoln on the 23rd ooze quality and realism, here we have an artist in love with his subjects and with the ability to portray their character with extreme accuracy.

This series of dog works in several mediums were the results of drawing real studies and capturing the many mannerisms of the subjects both accurately and sentimentally.

The appeal is undeniable, we have many to choose from and the Irish wolfhound illustrated shows the character of the animal through realism and mannerism captured by this true great of English drawing.

He continued to work late in life, although his mood changed through family tragedy, not least the death of his son Dudley, he continued to associate with the country scene, was a frequent organiser of dog and pony shows particularly in the South West of England and eventually retired to the Balearic Islands, with his relatively early death occurring whilst travelling to visit England in 1935.

His quality and adoration of the nature he painted cannot be underestimated, lovers of dogs, nature and well executed paintings should be queuing up to see this collection of etchings from a true national treasure in the Lincoln Art Sale on February 23rd.