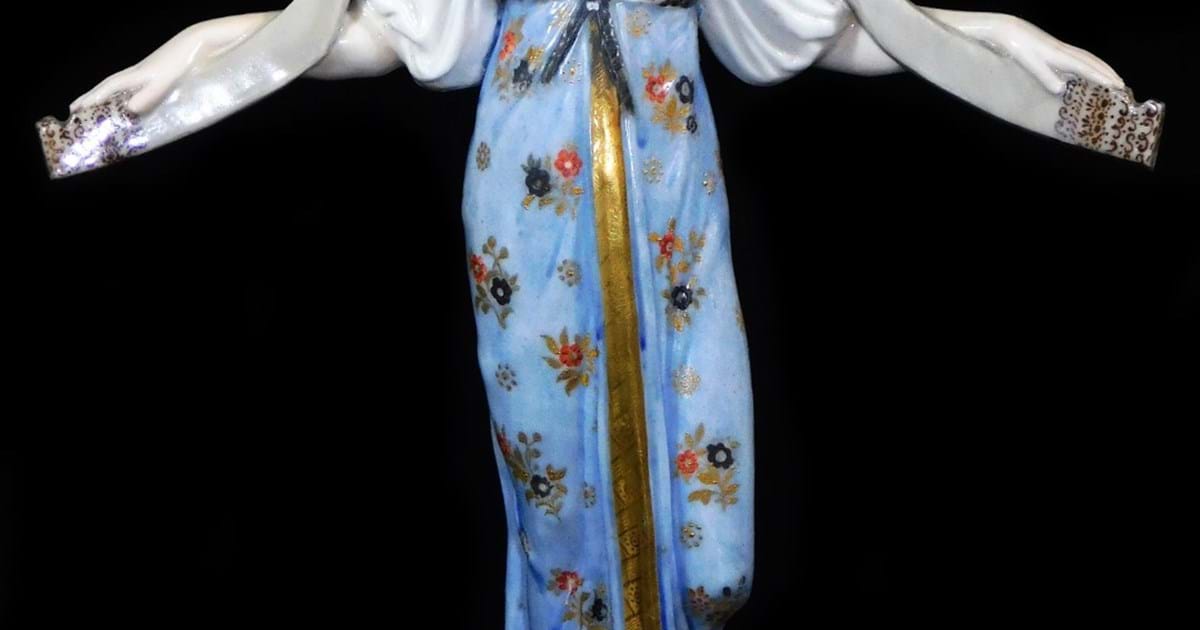 The Asian Art Sale at Grantham on October 28th provided a number of high ticket priced items and our old friend the 20th century Russian porcelain Gardner type lady attracted a five figure hammer price and provoked similar reactions to a handful of others we have offered in the last 5 years.

To dispel a few myths, these figures aren’t that old and although we state it is model 1922, it could’ve actually been made in 1922. The term Gardner refers to the porcelain factory most associated with these figures, set up in Verbilki, outside of Moscow in 1766 by the English banker  Francis Gardner.

The majority of these figures were made in the late 19th century and the example sold in these room last year for £50,000 was almost certainly early 20th century.

The rarity of these cannot be played down.

This example was definitely heavily restored, it had issues but often when dealing with the rarest of items, condition can play second fiddle, you would only normally say this regarding the best pieces and obviously buyers prefer as good a condition as possible, this was a desirable S S Pimenov type from the Vodonoski area and condition seemingly played less importance than normal.

The glazed figures make more than the matt figures in general, but the style of all is very similar showing often figures in multi colours, wearing flowing robes and often doing menial tasks such as carrying water or hard agriculture activities.

The advice is to always use a company like Golding Young that catalogue items strongly, take good photographs and advertise and promote things throughout the world. So what does a broken 20th century boring figure of a melancholic work hand achieve? Well the £13,000 result shows certain names tick certain boxes and achieve certain high prices.