We started 2016 with a feeling that auction life was going to get a lot busier. In anticipation we strengthened our professional team with John Ireland MRICS becoming Head of Department at Bourne. We have now also added three more staff to the team this year.

The anticipation had turned into reality by the time March arrived. The Private Client, Professional Services & Valuation Department had been working at near full capacity from day one and noting how incredibly busy it felt, we had to take a moment to see ‘How busy?’. In January & February alone the number of Red Book valuation reports (probate, insurance, family division, etc.) had more than doubled on the period for previous year. William Gregory even managed to complete valuations in Bangkok and Tokyo during this period. (The following picture is how they clear properties in a built up area.) 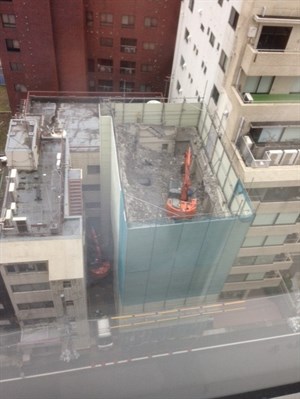 The salerooms have built to quite a crescendo with extra sales added in the calendar and all of the specialist sales have been performing very well indeed. The Leasingham Manor marquee sale was an additional and fantastic sale with over 2,000 bidders ensuring we exceeded the £150,000 estimated sale total with a 90%+ sale rate.

Much of that early valuation work has now come under the hammer. The July sale at Dunston House was planned to be the last, but the relentless nature of quality instructions means that it will remain in use for the months to come and we are now operating from four auction rooms.

In the background of all this auction and valuation activity has been the tireless work of the Lincoln team managing both sales and the move of premises following the acquisition of The NEW Lincoln Auction Rooms in Station Road, North Hykeham. 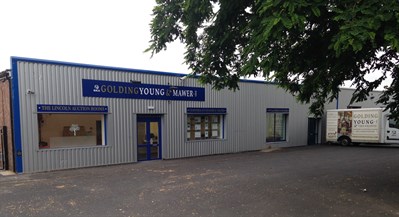 The journey started in January 2015 with surveys, planning and eventual purchase completion in October. This was followed by a program of a complete strip-out, rebuild and refurbishment. We opened the doors on the 1st August 2016 and look forward to seeing you at the first sale to enjoy the much improved facilities. The new display features include gallery picture hanging systems and a re-created high street jeweller’s shop. The new Cafe Orange is open every Friday valuation morning as well as view & saledays and car parking has improved by 30%. 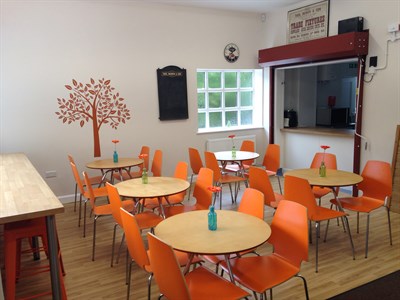