A host of valuable items went under the hammer during the sale at Lincoln Auction Rooms on February 26. 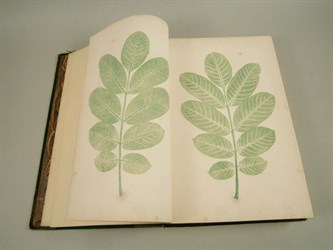 Moore was a well-known botanist in the British Isles and an expert on ferns. The book, which was almost certainly a first edition and dating from around 1850, attracted lots of bidding attention before finally being snapped up by a London-based specialist for £1900.

"The book was brought along to our monthly valuation day at Kenwick Park Golf Club," explains Lincoln saleroom manager, John Leatt. "Although it has no title page or printed words inside, we immediately identified it as one of the earliest copies of this book ever published and predicted a high selling price. This confidence was rewarded, with an excellent value being achieved at auction."

Another notable piece sold during the sale was Lot 1, a rare Queen Victoria gothic crown coin, which sold to a local collector for £850. 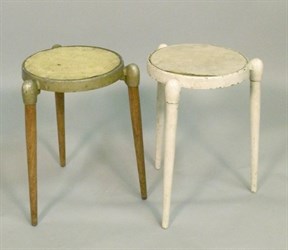 Lot 680, two wood and aluminium tables by Gerald Summers (1899-1967) attracted particular interest, finally selling to an internet bidder for £700. Summers, whose London based business was called 'Makers of Simple Furniture', was known for his simplistic furniture design and iconic moulded plywood chairs.

The saleroom is now accepting consignments for the March Collective sale which will take place on March 26. Interested parties can visit the Lincoln Auction Rooms between 9am-1pm and 2pm-5pm or call the saleroom on 01522 524984."