Ramsden’s Not Cheap As Chips!! 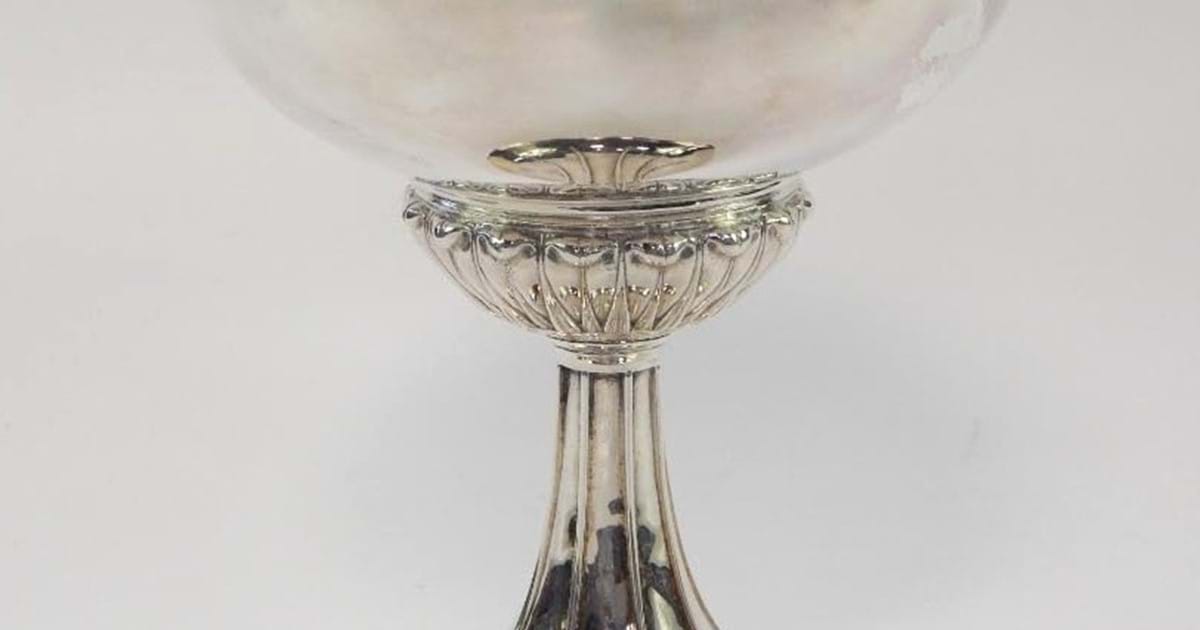 With spiraling metal prices and silver fluctuating like a ride at Alton Towers, it is important to remember the aesthetic and visual value of items, the addition of a good name and a master craftsman and the fact that things don’t always fall onto a weighing scale to determine its value.

True appreciation of objects makes working in an auction house so special. Seeing silver from the master silversmith Omar Ramsden is one such rare treat, I am of the opinion no silver should be anywhere near a weighing scale least not these works of art.

Ramsden was born in that most appropriate city of Sheffield in 1873, in Walkley on the 21st August. He became associated with Alwyn Carr (1872-1940) after meeting at evening classes including for the Royal College and a partnership flourished from premises in Chelsea from 1898 until 1919. Things had downturned after World War I began and Carr’s involvement in battle led to the permanent dissolving of the partnership by the end of this year.

The pair became household names after winning a design competition for the Sheffield Mace and like many brilliant household names their work was familiar with high quality and a before their time style which wows collectors as much then as it does now.

The timeless appeal is what makes these works so fabulous. Often the best pieces were caskets, or caddy spoons and small pieces were as good quality as large ones with Ramsden being part of the Royal Miniature Society, producing over 90 works for them.

Works by these masters are obvious, but can be confirmed by the famed OR maker’s mark Ramsden changed this to Omar Ramsden Me Fecit (Omar Ramsden Made Me) once the partnership dissolved and after his death, Ramsden’s wife kept things going for several years later.

Works by these powerhouses rarely turn up and are keenly sought after, it is such a special moment to ever handle their works; the sense of quality is undeniable and the sense of beauty means such works will never end up in the melting pot.