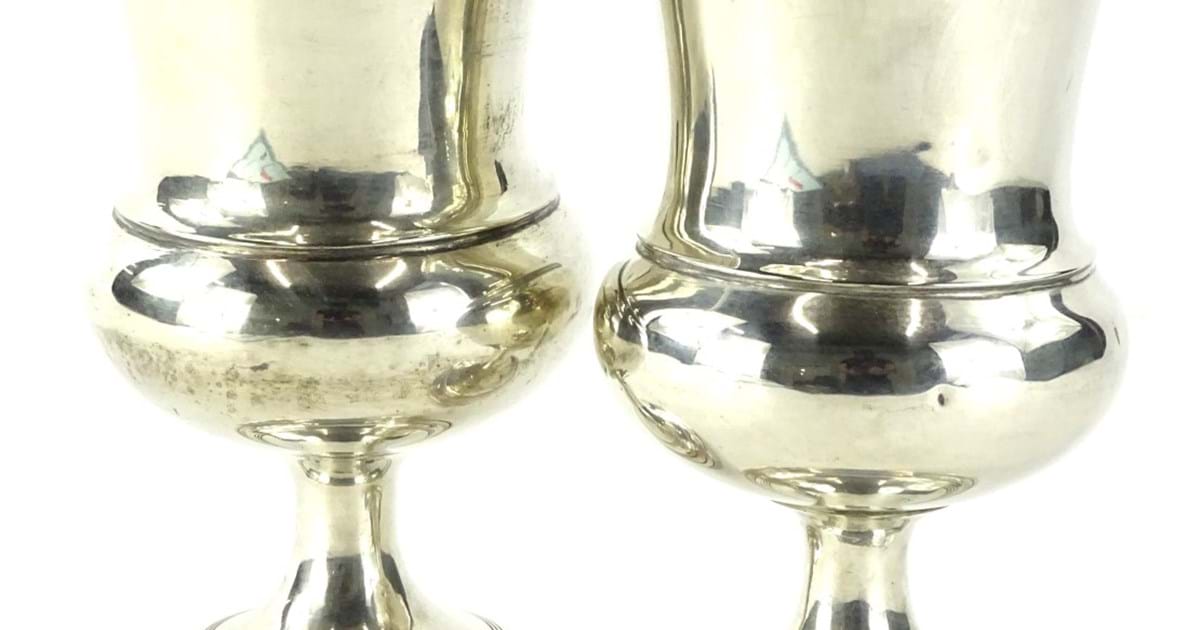 When assessing the merits, financially or otherwise of silver it is very dangerous to discuss only the weight of the item. A punchy troy ounce can often hide other factors that promote desirability and it is not only foolhardy, but too simplistic to merely use this as the be all and end all of an item’s popularity.

Weight is an obsession, brought about by the melting pot mentality that all silver is disposed of and if you can buy it at under scrap price you can make small gains when it is weighed in at the smelter’s yard.

Growing tensions in the world have risen the bullion market values greatly, but other factors will always play a part in determining how much the private buyer and dealer alike will want certain items.

Obviously the function and aesthetic look of an item plays a part, as does its age, makers too are also often overlooked; an Omar Ramsden salver will be more desirable than just a salver and so on, but the town mark also plays a part.

A single owner collection of provincial early silver from England and Scotland brought in to be sold in Lincoln in March is testament to this. There are a great many desirable pieces from lesser known areas, that still alert the dwindling high brow academic collector and private owner alike and it is almost insulting to place these pieces anywhere near a weighing scale.

The majority of this collection is made up of Newcastle silver. People still collect this assay in its own right. Silversmiths themselves have been known in the city since around 1249 and the official assay town mark was granted in 1702 and not removed until 1884. There have been esteemed makers, with Isaac Cookson probably being the most famous, however other sought after craftspeople such as John Darling and James Kirkup are keenly collected even in this cut and thrust age of scrap price and bullion weight.

The almost 200 years of silver production in this great city means pieces are more unusual than the usual big names of London, Birmingham and Sheffield, but are more easily found than say silver from York. Now I the time to say if any readers have any York silver or even better Norwich or pieces from Lincoln, the advice is to get us to do a proper insurance valuation, as you are going to need one!

The illustrated pair of goblets were offered relatively recently at our saleroom in Lincoln. They are Newcastle and dated 1837, the maker is Dorothy Langlands. A scrap price at the time would’ve pitched them at around half the £380 they achieved and I would be astonished if they are not taking pride of place in a collection or as one off beautiful items in a private home directly due to the city of manufacture and maker as much as any other factor.

The advice remains the same, this is a specialist area, at Golding Young we are only too happy to advise on any silver you may have we are always here to help.