Ercol the furniture manufacturer has been one of the iconic names in British furniture for nearly 100 years. Founded in High Wycombe in 1920 by Lucian Ercolani (1888-1976) it was primarily known for it's low cost Windsor chairs in it's early years. However in 1951 designs were produced to great critical acclaim for the Festival of Britain. Exhibiting an awareness for practical furniture but with an element of style. This leapfrogged the company above many manufacturers making the utilitarian furniture synonymous with the post war period.

Golding Young and Mawer in Lincoln are selling a private collection of Ercol furniture acquired in the last 10-20 years from auctions and second hand shops. All the pieces are made in ether beech or North American elm and have a pale finish to the timber appealing to buyers of all ages. Each lot is priced to make from £50-200 in the auction in Lincoln on the 23rd of July. A chance to buy an Iconic piece of British design. 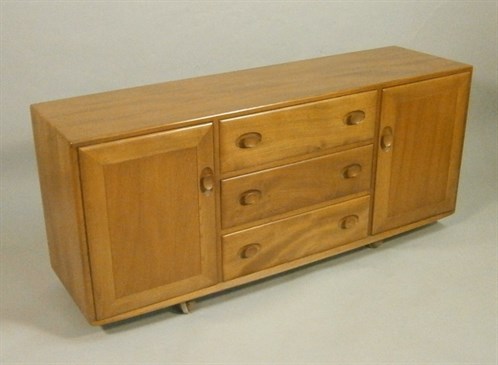 We use cookies to improve your experience, to analyse traffic and to show you relevant Golding Young advertising. Should you not accept the use of cookies but choose to continue using the website your consent is implied to the use of cookies that are used for data analytical purposes. More information.