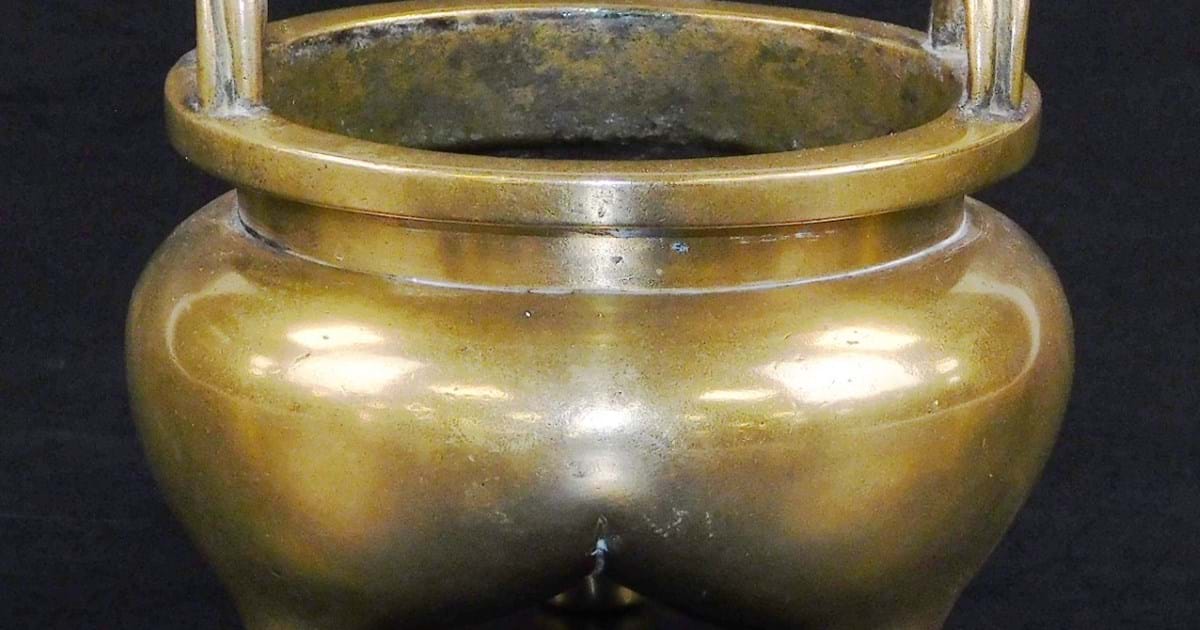 Often items that prove to be the most popular and highly collected scream their class to you. Other things are more subtle as perfectly illustrated by the metal pot in the Grantham Asian Art Sale on Wednesday 28th October.

At first glances a big, heavy, circular vessel, free of decoration, it looks initially like a big lump with not much going for it.

The first thing to deduce is what it actually is. Known as a censer, it is a Chinese vessel produced often in bronze as in this case but in other bodies from brass to porcelain and even stone. They have been known to date back to 206 BC and are basically vessels to hold burning incense.

This example and many others are circular in form, but they appear in any shapes and some are highly decorated. This polished bronze example though is a popular form and any of age can become very valuable.

This censer was marked with an Xuande style inscription. The word style is important as the Chinese were renowned for copying the works of earlier craftsmen throughout time but especially in the late 19th and early 20th century. This was more in testament to their forefathers and no way an attempt to fake or deceive. However it causes issues in actually dating these vessels.

An early example in all intents and purposes the same as a great number of later examples but with the obvious factor of age can achieve a price say 10 times that of a 19th century counterpart.

Some of these also make a great deal of money but it is crucial to always let a firm like ourselves to check anything you may have even by sending us a few images of pieces. After all the £1700 paid for this example, the £2400 paid for a similar but more decorative example earlier in the year and the £700 for a smaller vessel again in the first months of 2020 all show the dividends in using an accredited company like Golding Young.