Percy Kelly... The Greatest of Them All 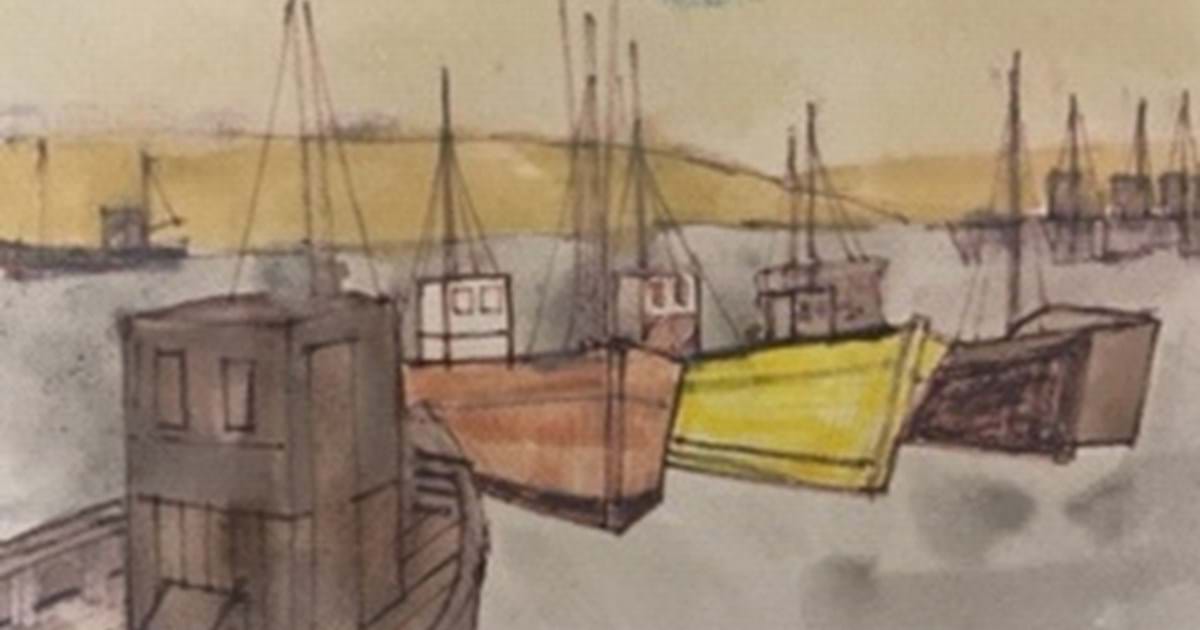 As much of an enigma in real life as the mesmerising works he created, Percy Kelly must go down as one of the most interesting and talented artists of the 20th century.

He practised self doubt, worried and contemplated his status, questioned his worth and showed through life a both misunderstood and prolific genius.

As a Northern artist he has the talent of William Turner and Geoffrey Key, could illustrate the grimness and melancholy as well as L S Lowry and was as much a household name as this great and the likes of Sheila Fell or Helen Bradley.

Born into abject poverty in the tough coastal town of Workington, to be exact at 113 Corporation Road in 1918, Kelly took solace in drawing the world around him in a linear, almost childlike way. His Scottish mother Martha was hardy and hardworking, his father Oscar was a carpenter, low paid work at the best of times but made even more difficult with the seven children he fended for (including Percy and his twin) it was a hard upbringing and painting brought some escape to the young Kelly.

He produced townscapes, village scenes, docks and ships and showed the world around him to great effect. His biggest critic was himself, always fearing he was never good enough, often promising to exhibit, (you name a gallery they all tried to get him to put shows on), sometimes he reluctantly agreed, but almost ultimately always pulled out at the last minute.

He preferred to draw and not show his work, often mailing many hundreds of fully illustrated letters, drawings and works in oil and watercolour, but most majestically in charcoal to friends on the promise they were to be looked after, not opened and he would collect them back one day …. In most cases he never did.

His first exhibition was at Rosehill Theatre, he was 48 years old, a talent blighted by self depreciation, the irony being he had a fan cub including Sir Winston Churchill, Princess Anne and his own wealthy patron Sir Nicholas Sekers.

Privately, Kelly’s life was laced with tragedy, sadness and the mundane. He was in the army for periods and was a postmaster, his marriage to Audrey James ended in divorce and his estranged son only bequeathed his estate through default as he was the only close living relative left.

Chris Wadsworth had the task of cataloguing and eventually selling the collection which generated world wide interest and a great deal of new buyers, the real shame was if only this genius had realised when he was alive, his name could’ve been enjoyed by so many more.

The illustration is a watercolour boats in a harbour, a sketch done quickly and one he obviously didn’t like as he only signed his favourite pieces and this remains without name. It is definitely by him though, no one can replicate such childlike maturity as portrayed in even this doodle, a work which recently changed hands for £2,200 and one that helps to show that Percy Kelly really is the greatest of them all.