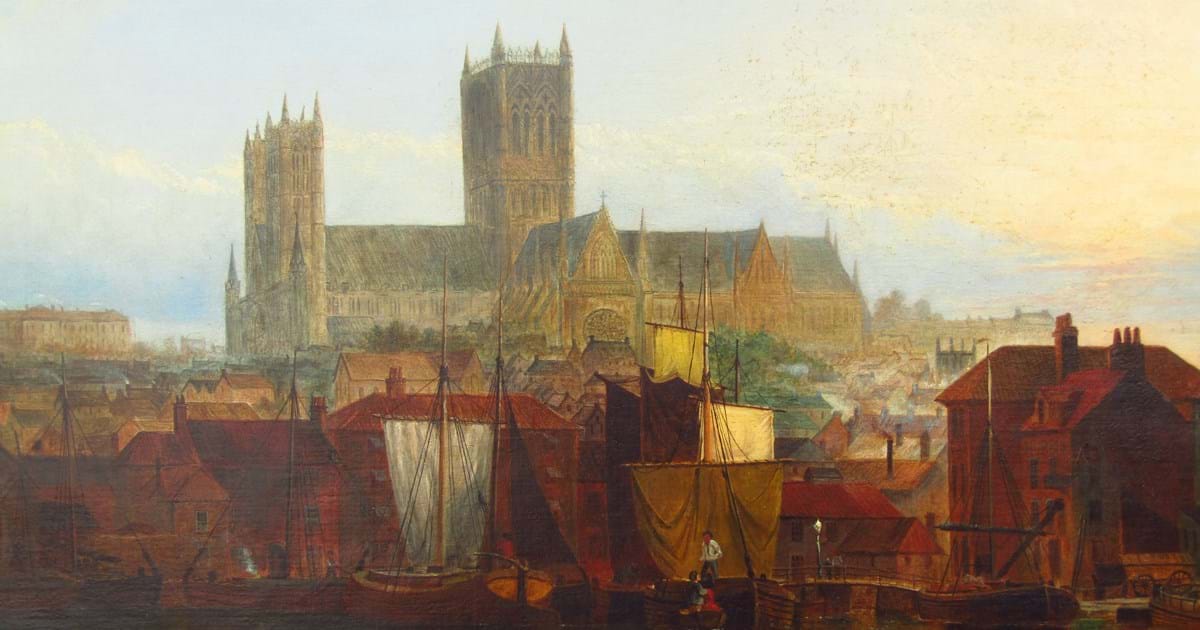 A painting arrives at the Grantham saleroom for further research; it is an oil on canvas almost 100cm wide from a very good local source. Items of such criteria are regularly seen at this busy auction house; however, the subject matter - a high quality image of Lincoln Cathedral from the Brayford is rare and crucially its lack of signature is unusual.

Helping to date the work can be done so by looking at it. Architectural changes from then to now would indicate a time post 1824, also one of the Brayford buildings is named ‘Norris’ this firm ceased trading from these premises by the early 1870s, so it is unlikely the work was done after then.

These facts point to the work being executed in the lifetime of the great artist John Wilson Carmichael (1800 – 1868), well known for a comparable picture from a similar location of Lincoln Cathedral done  around 1858. Stylistically the works are alike and it is possible they are by the same hand.

Few fully attributed works come up for such a famous artist but two watercolours of Lincolnshire scenes sold in the early 2000s signed and fully attributed to Carmichael also resemble the layout of this much larger oil: with clusters of figures in similar areas and of comparable artistic styles. The lack of signature on this picture though is frustrating. It has been relined, cleaned and renovated and any attribution may have been lost if it has been cut down, there is simply no signature to find.

The fact remains it was almost certainly painted during Carmichael’s lifetime, in a comparable style, but a full attribution is tricky.

If any readers have similar works, we would be delighted to hear from you so we can continue to research further, all comments would be gratefully received!