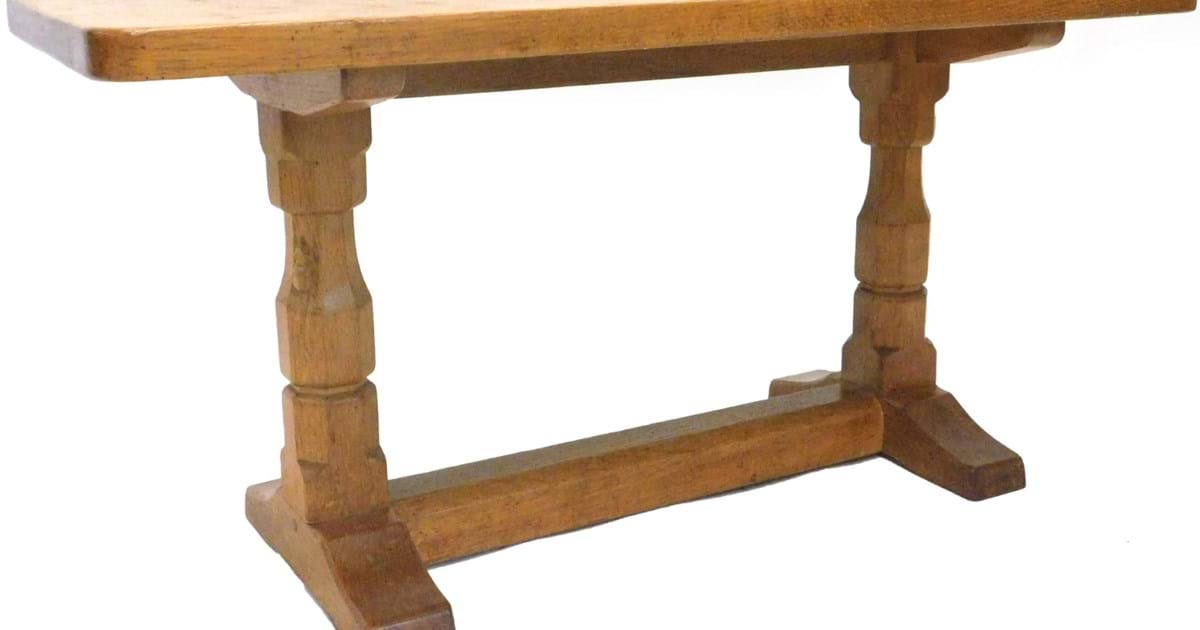 Names sell furniture and Robert Thompson of Kilburn has long since been associated with large scale hand crafted works of the highest order.

Pieces are recognized by the carved mouse motif synonymous with much of this great craftsman’s work and although pieces are commissioned for many thousands of pounds on a grand scale with long waiting lists at the Yorkshire base and visitors centre. Thompson carefully built his reputation through quality craftsmanship, large commissions and a trademark rodent probably only second to Mickey Mouse himself!

Robert Thompson was born in Kilburn in 1876. His father John was also a carpenter and wheelwright who introduced Robert into the family business. It was a slow process and from John’s death in 1895, Robert focused himself amidst raising a family with producing the finest Arts and Crafts type furniture using the best oak which appealed on large and small scales alike.

His first church commission came in around 1919 and the famous mouse carving was used in around 1920. By 1925 it is thought from local records, Thompson had 6 workers at his Kilburn premises. This had swelled to 30 staff by 1934. Items used simple lines and harked back to the previous generations of Morris and further in history with definite Gothic influences being found in many pieces.

The straight lines, quality timbers and of course the carved mouse has allowed Thompson furniture to stand the test of time. Huge commissions can be found from academic premises and businesses alike, from Hull University to the Horlicks factory in Slough, to individual commissions, these hardy pieces appealed to both the large and small scale buyer.

Special commissions were produced and it must be remembered that up to his death in 1955, Thompson didn’t make every single piece, his craftsman were responsible for much work and helped spawn other similar designers such as Thomas Whittaker who used a gnome on his works, there is also Malcolm  “Foxman” Pipes, the “Eagleman” and so on keeping the tradition of this furniture going.

Also rare in this type of market, the operation of Thompson of Kilburn continues today to produce tables, chairs, trolleys, book ends and so on in a similar manner as seen 80 years ago. The carved mouse plays a huge part in the continuation of this tradition, with new commissions being booked years in advance with many thousands of pounds changing hands for the largest pieces. The tradition is simple: produce plain, good quality, usable furniture, become a well known name and watch the buyers flock to you. 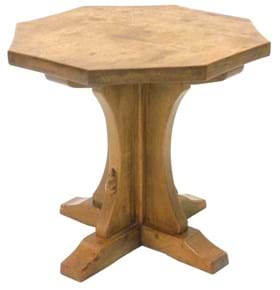