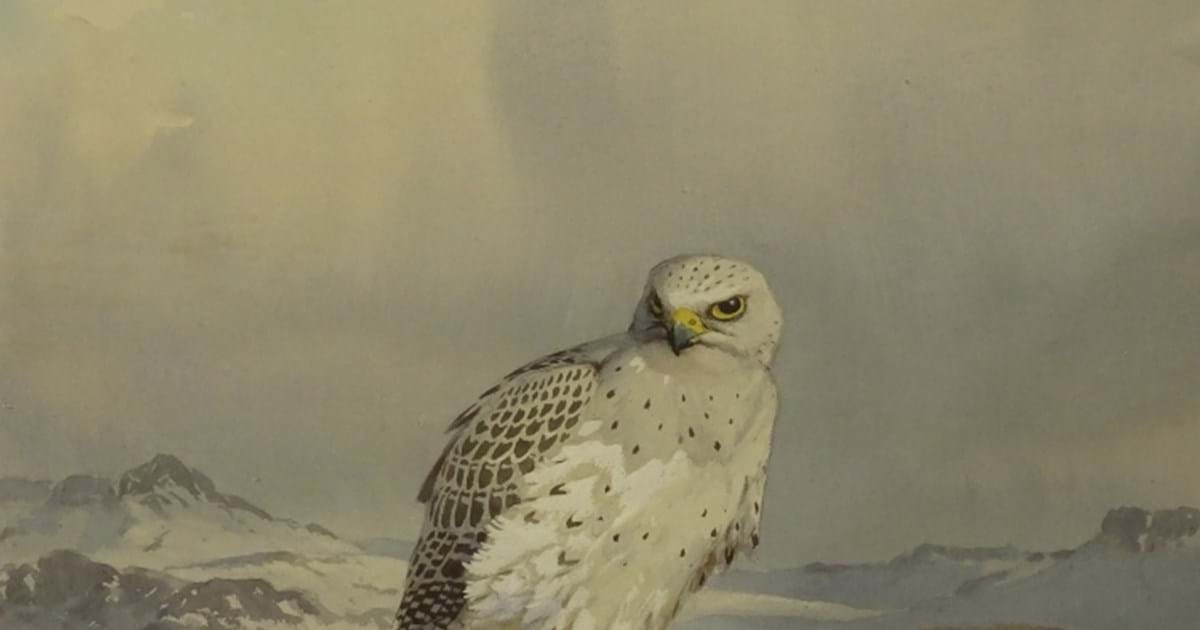 John Cyril Harrison (1898 – 1985) may not quite hold the household name status as other bird painters such as Thorburn or Scott, however he continues to have a great following in galleries, museums and private homes alike.

Born with a natural talent, his early sketch books show huge promise, his skill was fine tuned with participation at The Slade School where he studied and perfected his art, becoming one of the great bird painters of the 20th century.

He is almost unrivalled depicting birds in flight and is an absolute master of showing realism and fluency often using real life scenery from the Norfolk countryside he adored so much or from views in Scotland where he often frequented in depicting the wonderful array of watercolours we see turning up today.

The collection in the Lincoln Art Sale on the 22nd July are prominently displayed and hit you as you enter the building. They are superb and depict a range of studies proving although Harrison produced a great many works, they were always fabulously executed and showed a realism and accuracy not seen by many other artists.

The works look good in a group or on their own and highlight the point that traditional works can still look good and be appreciated in a modern setting. It is indeed worth making an appointment to view the sale just to see this cache of works. They are really astounding and accurately estimated, be as they are from the hand of one of the great natural artists of the 20th century.

His works have been seen in the Tryon Gallery and all of the major auction rooms in the United Kingdom., We are not only privileged to have several pieces, but several good pieces by this genius in watercolour, which would not look out of place in any arena in the land.

The Lincoln Art Sale's are the perfect place to sell your painting. Fell free to contact William Gregory our painting specialist for advice.