Marshall’s engineering was set up in 1848 by William Marshall in Gainsborough. By 1855 they had acquired a local millwright business, making the area of the works over 16 acres in the centre of the town and employing nearly 2000 people by the end of the 19th Century. During the early 20th Century they were well known for being at the forefront of British engineering with the Lincoln firms of Foster, Rustons, Robeys and Clayton & Shuttleworth. They manufactured traction engines, steam rollers, machinery for the tea trade, boilers and latterly tractors and exported to the four corners of the world. They also made Midgit Submarines in World War II. Sadly, due to some difficult trading years, the factory closed in the 1980’s. Part of the site is now the Marshalls Yard retail park in Gainsborough.

Golding Young & Mawer are offering an extensive archive from a local collector in their sale at The Lincoln Auction Rooms on the 16th of March. Ephemera covering the periods from the end of the 20th Century to the closure of the works is offered in 40 lots. Ranging from brochures for traction engines, albums of photographs showing the works, trade shows and workers, as well as parts lists for tractors are among the vast amount of items in the auction. 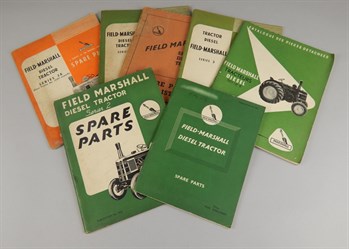 Auctioneer John Leatt said ‘the collection was put together by the vendor’s father, a well known figure at Marshall’s latterly. His family feel it is the right time to pass it on the collectors who will hopefully get as much enjoyment as he had owning these rare pieces of British manufacturing history.’

A vast collection of postcards is also included in the collectors’ section of the sale. All relating to early trams, the collection was put together by the late David Spurr, a resident in the Lincoln area. Mr Spurr - originally from Leeds - spent a lot of his life living in Southend but moved to just outside Lincoln for family reasons after retiring. He was a member of the Crich Tram Museum Society and was an avid collector of anything relating to his passion. Often he would travel all over the UK and Europe to ride on trams. He recorded a lot of this with photographs and this archive is also included in this auction and the auction on the 20th of April. Prices range form low tens of pounds to over five hundred pounds for a large album of Yorkshire cards. 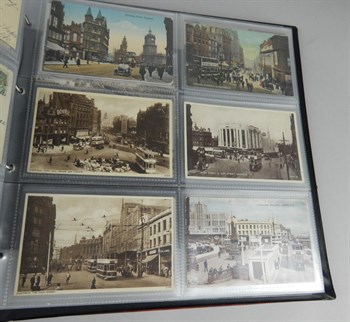 In the auction of over 1500 lots there is also the usual mix of items ranging from jewellery, to include diamond and other gem set pieces to gold necklaces and coins. There is furniture ranging from early oak to more modern day ‘retro’ pieces of G-Plan and Ercol to cater for all tastes. Ceramics include Sevres, Wedgwood and Royal Doulton and Royal Albert and a large selection of 20th Century glass including Whitfriars, Lalique and collection of Swarovski Crystal. Other collectables such as cigarette cards and postcards, militaria and musical instruments such as guitars, violins and brass instruments make up a very eclectic and interesting sale.