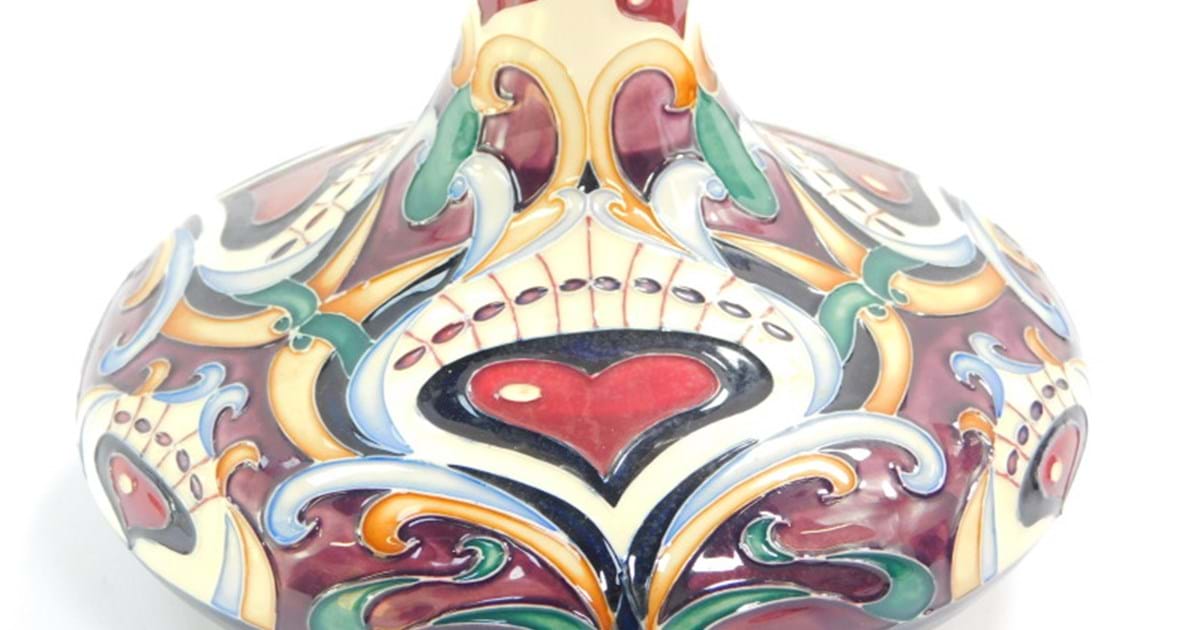 Decorative ceramics have found themselves in a slightly unenviable position over the past 20 years or so, with tea services and vases sometimes considered old hat, and items from the 20th century made in such swathes that the exclusivity of owning a rare piece just doesn’t exist. 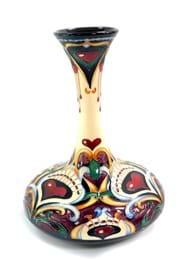 A couple of names within that field have managed to change the tide though, and with a huge wealth of enthusiasts even starting from its time of inception the brand of Moorcroft has managed to compete on the playing field of collectible ceramics for over 100 years now. So, where did it start? 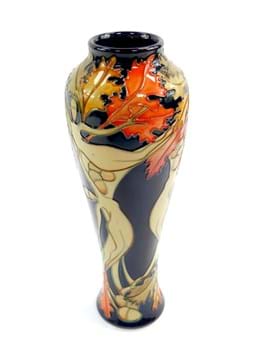 The first, and arguably most important name was that of William Moorcroft, after being being spotted by one of the many ceramics makers in Stoke he went on to design some groundbreaking pieces of decorative tube lined pieces that are now like gold dust to collectors.

After going it alone in 1912, the business dictated that his factory had to manufacture some rather dull and affordable ceramics alongside the more flamboyant pieces, but soon Moorcroft became famous for their trademark pieces.

With the Art Nouveau styling that ripples through every piece they created, patrons from Queen Mary, to the affiliation with The Liberty department store the brand became ever more synonymous with quality and style.

Following the death of William Moorcroft, the brand was taken over by his son Walter, whom continued to develop the mark and release ever more interesting pieces.

Now, whilst the earlier pieces are usually considered the most collectible items that Moorcroft produced, the brand has constantly evolved with ever more colourful pieces being released each year as part of collectors editions that regularly make good money in the sale room, and sometimes even eclipse pieces from back in the reign of Walter Moorcroft. 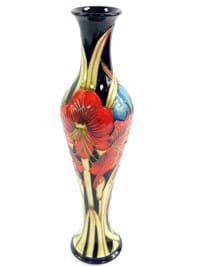 You will see good items of Moorcroft ceramics at pretty much every sale with Golding Young, with some being affordable in the tens of pounds, and some being fantastic examples of what made them famous, however should you find any and need advice, talk to the experts.