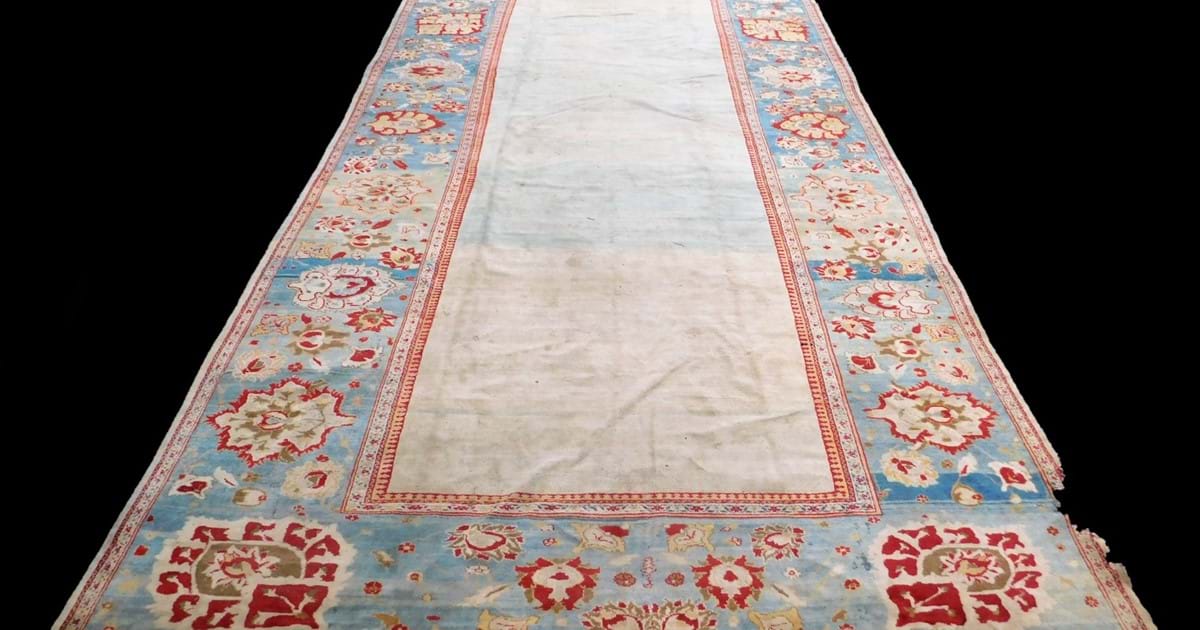 Throughout the 19thC the names of Axminster and Wilton were synonymous with the height of Victorian taste, culture and fashion.  The fussy and elaborate designs were combined with dark, rich colours woven into high quality, high value and in turn, high cost products.

During the last quarter of the 19thC many new movements were coming into play as tastes and fashions changed.  With the coming of the Arts & Crafts movement and the aesthetic designs which were incorporating Eastern influences this naturally progressed through furniture, silver and ceramics which then became interwoven into tapestries, window and wall hangings and of course, carpets and rugs.

With a specific target market in mind of UK and Europe Ziegler & Co. set up their factory in the town of Sultanabad (now Arak).  Their looms were producing equal quality products but at a fraction of the cost that could reach a wider markets and one for the masses with less deep pockets.  Their focus was on lighter palettes and the use of more pastel and muted colours, giving a new style, a new look without any loss of definition in design.

The company started in around 1883 and the height of it’s success was from the first quarter of the 20th century. Retailers in the UK included the houses of fashion such as Liberty & Co.  The designs were predominantly taken from traditional Persian compositions, but added with a more European influence to satisfy that target market.

We have sold a number of these carpets over the years, but a recent example is lot 66 from the sale at Grantham on 22nd July 2020.  Despite being reduced in size this example had a central white or cream plain rectangular ground with a deep turquoise blue border with stylised flowers.  When it came under the hammer it sold for £13,000.  Not every one has that ‘Magic Carpet’ factor to fly at these levels, however the designs have been copied in some format ever since, and can be an affordable room decoration and floor covering to this day.

Why not check out some lots we have sold?