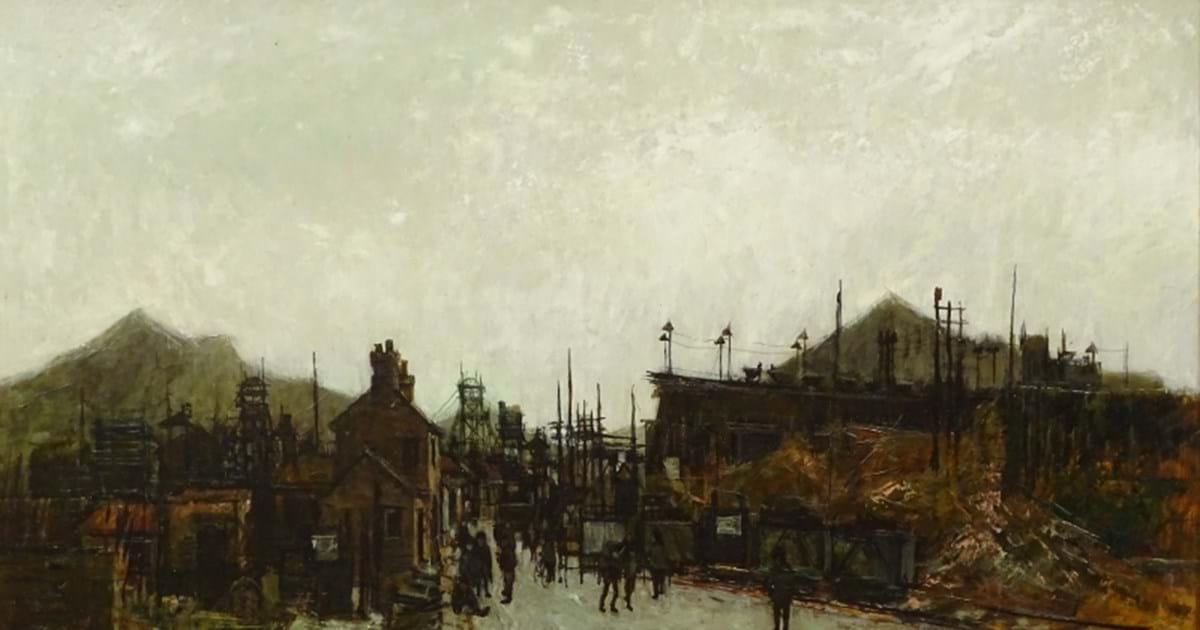 The recent Art Sale at Golding Young, Lincoln, on Wednesday 28th October again emphasises the point of the importance of a name to sell a work.

Previous blogs forecast the amazing talent on show from Vincent Haddelsey and especially Peter Brannan at the sale and the amount of interest in three works by these two local powerhouses again showed the local art market to be in rude health.

Not only were bidders numerous but also interest was high in particular the two Brannan works which were removed from the wall a number of times throughout the viewing of a coal mine and more especially a smaller but just as fine Cleethorpes beach scene.

It is the latter image more associated with the artist and such works remain sought after in this market place, which if has taught us anything it is names, quality and fresh to the market pieces which are required and even in this global market place, works like this sell better in their local area and it cannot be underestimated that if you have a local painting, to let us appraise it for the best results.

The beach scene oozed class and was a quintessential Brannan scene with its slightly dark finish and typical well executed but uniform characters, the slight melancholic finish to a happy beach scene is not only what potential purchasers look for, but mirrored the mine scene, with an almost gritty, dark finish, associated with the artist and done to the very highest quality.

This artist remains understated and in my opinion his works rub shoulders terms with works by the best names of the 20th century. Although small in size, the £900 for the beach scene was on one hand a brilliant buy: it was one of the finest seen at auction for years and had Brannan’s fingerprints all over it from twenty paces away, it was a brilliant image and oozed class and was simply Brannan through and through. But it was a small image, the £1000 paid for the larger mine scene reflected the subject matter, I suppose being fussy you would say if the painting was the size of the mining image with the subject matter of the beach scene, then it would be the finest example to come to market.

The Haddelsey result at £500 was pleasing and again showed the importance of a good subject matter showing as it did a horse race, it did need a clean and some restoration and again the importance of condition cannot be over stated, the cliches arise again, always buy good quality, good condition items whether it be paintings or anything and a local name always has a niche collecting group in a local area. We would be delighted to look at any local picture you may have.