At the final outing of the month, bidders gave an opening salvo to the marine subjects that were first to go under the hammer. 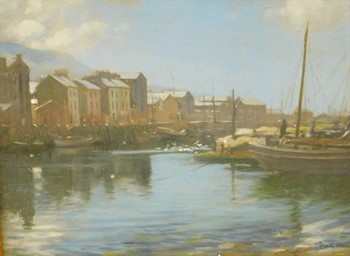 Lot 2566 was an oil painting of Ramsey Harbour on the Isle of Man by Frederick William Elwell (1870-1958) selling for £1,500 followed by Lot 2575 Torrens Shortening Sail, an oil on canvas by contemporary artist John Steven Dews safely reaching port at £6,000. 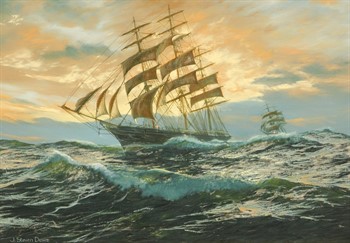 The abstract work of Lot 2827 Mondmadchen by Otto Ritschl sold for £1,400 and a more calm view of the Nile by Kamel Moustafa (Lot 2828) sold for the same price. Traditional and varied works were well received throughout and Lot 2901, the classical work of William Edward Millner (1849-1895) was seen with a naked maiden being watched by lions and tigers, selling for £2,200. 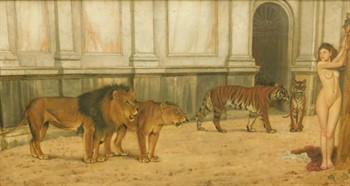 Another successful sale was bolstered by the appearance of artist signed prints by LS Lowry and the highest outing on this occasion was Lot 2951, the view of a town, selling for £2,600. 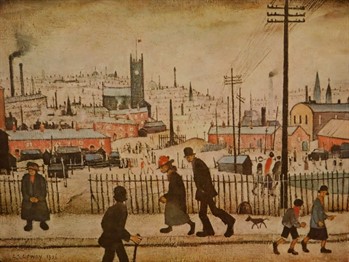 The sale was completed by a collection of portraiture (Lots 2954 to 3000) by Hyman Segal (1914-2004), all coming from a single source; the estate of the late Nigel Marshall of Lea near Gainsborough. 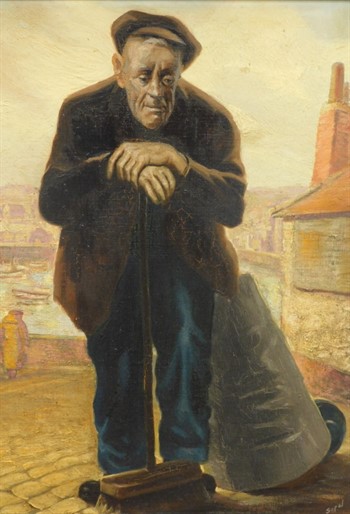