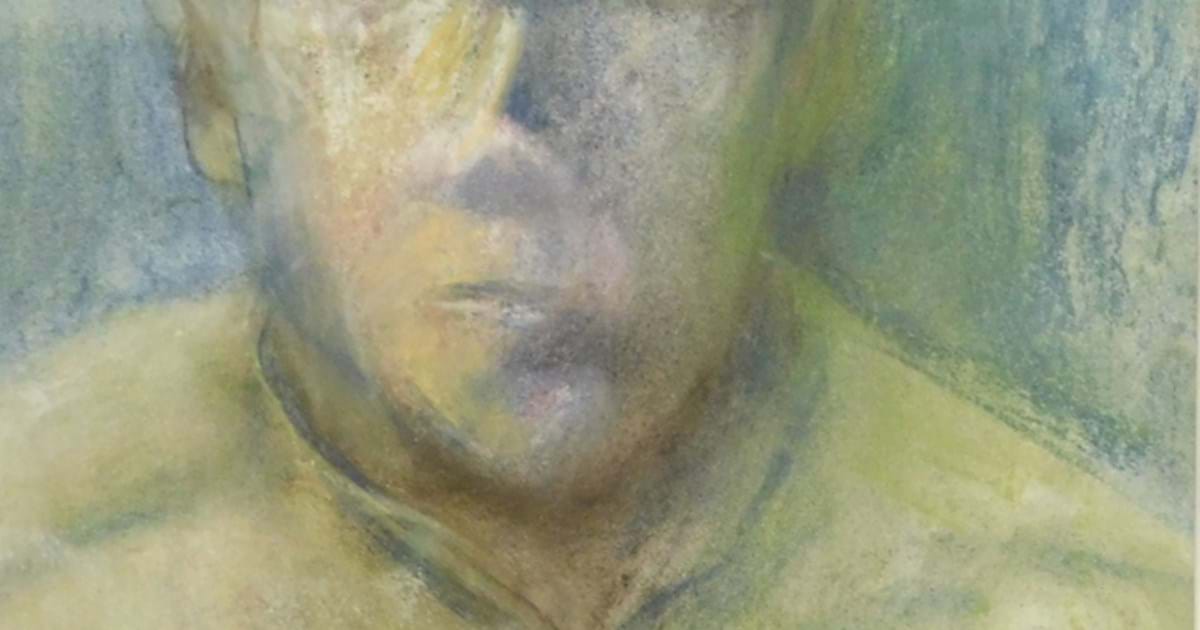 As with many Northern Artists, John Thompson (1924-2011) perhaps didn’t realise his talent, or played it down with the Victorian dour attitude that ‘you’ll never make money selling pictures’ brought during his upbringing.

As with many of his contemporaries, such attitudes were dated and plainly wrong even then, but it didn’t top the doubt that led to him almost shunning his immense talent for nearly 40 years.

Thompson was born in Oldham into a working family. His father was a builder and the young Thomson was encouraged to work in various trades, which for forty years meant he saw a wide range of industry and at the same time his art work took second fiddle to earning money through graft.

His style typified the attitude and era of the time in Northern England. His works often portray the working classes, elderly men in flat caps, or figures, elongated stood in groups in what seems to be the gloom of Northern Britain. There is a kitchen sink grittiness to what he portrayed and similar to Lowry, Thompson had the ability to portray the grimy 'working classness’ of mid 20th century industrial towns, people mainly men similarly dressed, with similar mannerisms and feelings, all being portrayed in the number of sketches and drawings Thompson produced.

It is perhaps fairer to say he painted similar subjects to Lowry but in a slightly different way. There is a melancholic hopelessness to the mixed media drawing illustrated and which is appearing in the Lincoln Art sale in August a style seen in many of Thompson’s portraits. He also painted landscapes with a similar bleak charm and eventually created a loyal following, which is still seen today, through sheer grittiness.

Things weren’t always easy though. A late redundancy led Thompson to take up painting professionally in his late 50s and an early foray in exhibiting at the Corn Exchange in Manchester led to few sales and only enough money to apparently cover the fee to heat the room.

Happily Thompson didn’t give in and he produced many one man shows of great success, with even the House of Lords purchasing a piece by him.

Links to his contemporaries are inevitable, whether it be Theodore Major, or Harold Riley and the more obvious link to Lowry. It seems apparent Thompson perhaps didn’t realise his talent a trait seen in Northern artists (and all artists) at times. One only has to look at the doubts geniuses like Percy Kelly portrayed to illustrate the difficulty to be taken seriously in these so called hard, northern, male dominated backdrops of the mid 20th century.

Rather than concoct comparison, it is best to just delight in these wonderful artists and the works they produce, including John Thompson; journeyman, artist, legend.