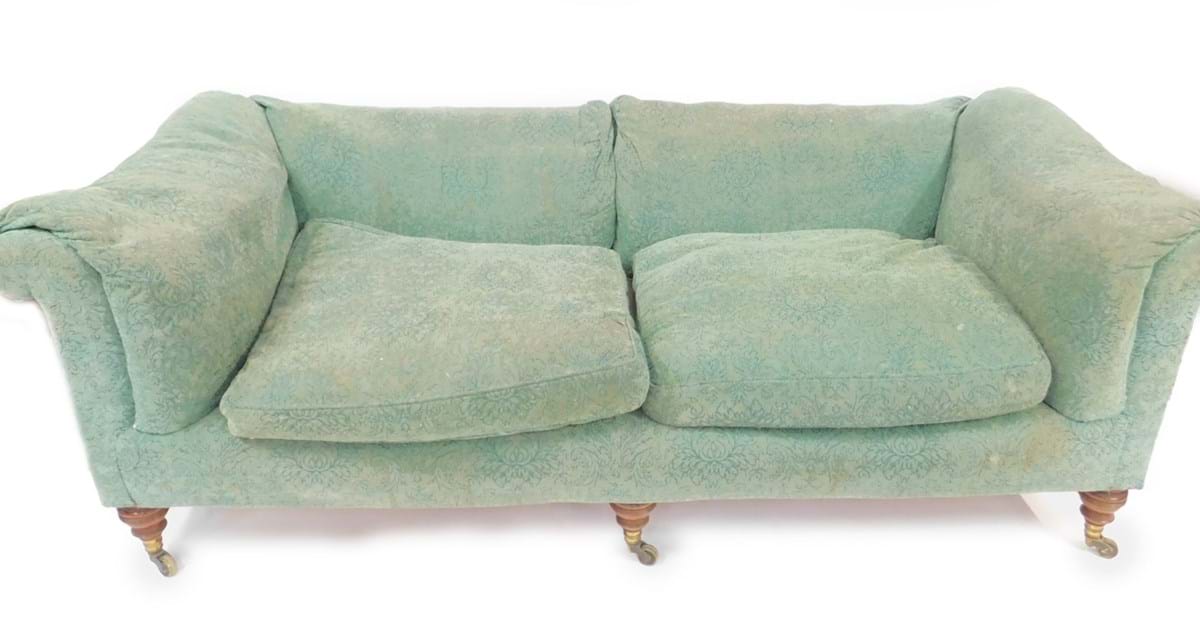 A name to rub shoulders with and one who collaborated several times with these lofty names was the just as legendary family of master crafts people Howard and Sons.

Howard is THE buzz word today in enhancing the sale prices of an ordinary piece of Victorian furniture. Anything with a sniff of this most distinctive style suddenly escalates in value, and anything stamped with original coverings are the most coveted things around.

The company began with John Howard in 1820, from premises in Lemon Street, London. The family had a modest beginning and moved around various sites settling at Great Alie Street in 1832. They grafted hard throughout this era and produced furniture then with what is produced by the company now of the highest quality with tenon joints, stitched front edges and solid wooden carcasses.

John and later George Howard were experimentalists – patenting several things such as wall paneling and in 1867 floor panels. By 1920 the company had a Royal Warrant and had introduced a form of heated floor, however it was an exhibition quality and award winning suite of library furniture designed in the mid 19th century which really got their name on the map.

Between 1861 and 1889 Howard and Sons reached a level as good as any manufacturer with several premises including in Tottenham and Fitzroy Square. They were known as much for their inventions as anything, but throughout time their wares were always of the highest quality.

The £7300 hammer price for the illustrated settee at Golding Young Bourne represented a solid price for this style of furniture only enhanced by the finger prints of the ‘Howard leg’ (the more squashed the later) the cover which was synonymous of their style and is perhaps original and the biggest give away to attribution; the stamp and number on the frame, placing it into the highest echelons of collectability.