A late 18th Century Irish lottery ticket is one of the more unusual lots in the Golding Young Collective Sale at The Grantham Auction Rooms on Wednesday 3rd February.

The ticket itself was from the state lottery in Ireland in 1789. Those of you who thought the lottery was only brought in by Camelot would be wrong. Lotteries have been a staple money making exercise for centuries – proven by this rare survivor. 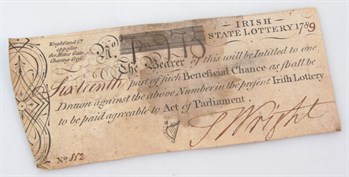 It is one of those quirky things; they seldom come up and these unusual ephemera lots have quite a following from various collectors. In this instance I would imagine Irish history enthusiasts, exonumists, notaphilists and those who simply want something a little different will be at the head of the queue when this lot, Lot 13 (no superstition here) comes up on the 3rd.

Interesting on a similar note is a collection of trade and church tokens from the same source as the lottery ticket. One marked 1734 is exceptionally early if indeed (and we think it is) it is promoting the year of manufacture. A collection of church tokens in several lots, although later, hold similar interest; from Brechin, Motherwell and so on, they are rare survivors from an age when tokens were used on a par with money and were seen as legal tender. 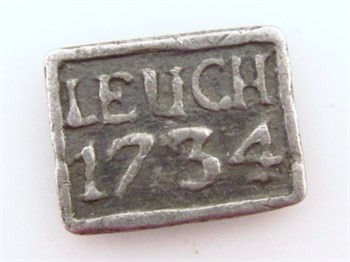 The history of tokens is pretty straightforward. Imagine any wealthy individual or outlet in the 18th and 19th Centuries and the chances are they used tokens. Major factory owners did so – often replacing money altogether with these distinctive metal pieces to be traded for clothes and food. Such things do turn up but regional church tokens with their idiosyncratic nature are good to see. Again, they are pure collectables and it is such things that are holding their value more than ever before at auction. What will these make? I would be surprised if the lottery ticket exceeds £80 – a bargain for such a rare survivor – and hopes of around £20-£60 per lot for the tokens should not be too far out. 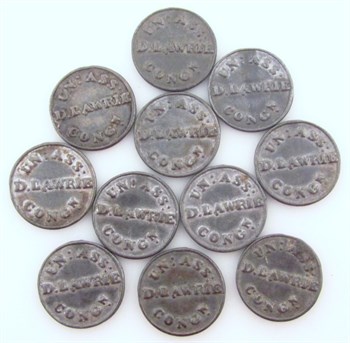 The tokens and lottery ticket are a very small part of an extremely large consignment from a local restorer; a consignment including fine paintings, furniture, collectables and early restoration pieces. These will be sold in the early part of 2016 at the Grantham Auction Rooms. 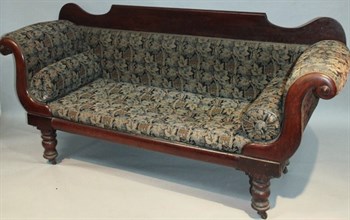 This Collective Sale is an eclectic high quality mix – there are good but select items of jewellery, a fine silver section and a cracking few consignments of furniture, from a William IV scroll arm settee to good pieces of mahogany and oak; this part of the sale is very strong with a particularly good level of Georgian and Victorian pieces in overall good order.

The sale is on Wednesday 3rd February at 10am. Viewing is from 10am to 4pm and on the morning of the sale from 8.30am. Consignments are coming in thick and fast, so if you have anything to consign please come and see us sooner rather than later due to the quality consignments we are currently seeing.