Perhaps it's fitting, that Militaria proved to be a highlight at the recent collective sale at the Grantham Auction Rooms on November 6th.

November is a time of year associated with poppies and remembrance. Where we recognise the sacrifice of our service men and women who fought so valiantly in WWI, WWII and other military campaigns around the world. 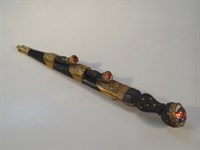 Selling above its top estimate was Lot 11, a Highland Officer's dirk. The Black Watch Dirk produced by well-known Scottish silversmiths R & H B Kirwood, would have been worn as part of a Scottish Highland officers regimental dress uniform. This rare dirk sold for £1,100. 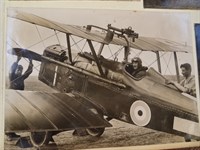 Also doing well in the saleroom was Lot 19, a Royal Flying Corp photograph album. The collection of monochrome photographs showed British and German planes from the First World War, squadron photographs and aerial views. There was heated interest before sale day with the lot selling to a bidder in the room for £750.

Elsewhere within the sale was Lot 24, a medal group from the Second World War and later relating to Raymond Hutchinson of the Parachute Regiment. The collection included a 1939-1945 War Medal with France & Germany star and a George VI General Service Medal with clasp for Palestine 1945-1948. The collection sold for £260.