The Lincoln Auction Rooms is selling a group of early football programmes in their next collective sale on the 25th of June. 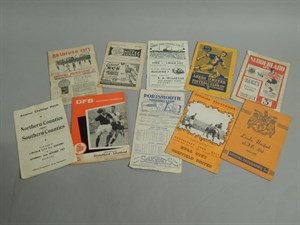 In addition to the collection the same vendor has consigned a Lincoln sporting cap dating from 1923-4. The collection is split over three lots and expected to make in excess of £200. 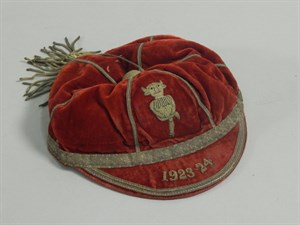 The rest of the sale is in excess of 1300 lots and includes ceramics and glass featuring Lalique, Moorcroft, Clarice Cliff, Royal Crown Derby and Royal Doulton. There are also well over 100 lots of silver and jewellery, including a pair of silver pheasants and a novelty pig shaped pin cushion. There is approaching 200 lots of pictures, 50 lots of books and a strong furniture section of some 400 lots catering for most tastes. This is an auction not to be missed.

The Lincoln Collective Sale will be held at The Lincoln Auction Rooms on Wednesday June 25th at 10am. Viewing is Tuesday June 24th 10am - 4pm and on the day of the sale from 8:30am.