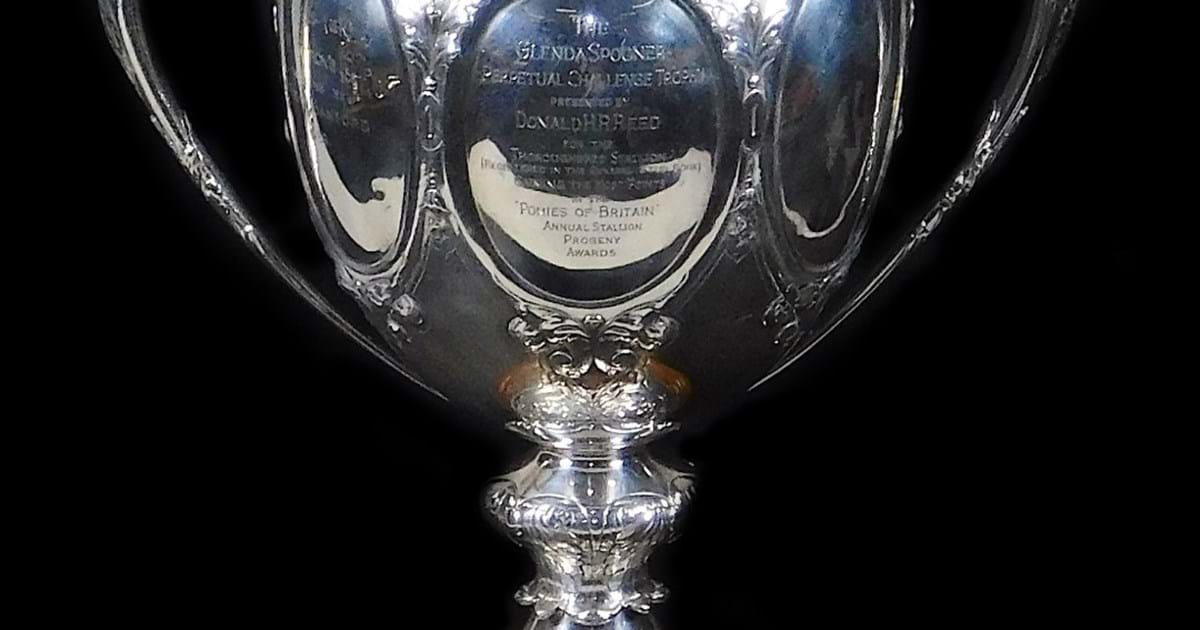 The term magnificent is much overused in daily life, but is a fair narrative for the trophy which appeared at the Golding Young weekly valuation morning in Stamford.

The massive silver chest which contained this beast of an item gave a slight indication of its proportion, but still one could only gasp when the heavy bound lid was lifted and the Glenda Spooner Perpetual Challenge Trophy (later the Ponies UK Patrons Cup) came gleaming back at me.

It is up there with some of the more famous pieces seen in the world of sport, coupled with its most famous of Victorian makers James Barclay Hennell and its association with one of the most astute names in the history of equine welfare, writing and judging, it will appeal to many people when offered in a forthcoming sale at Golding Young Grantham.

Glenda Spooner (1897-1981) was associated mainly with the welfare of horses and ponies, but applied her hand to a great many projects: she was the chairperson and secretary of the Ponies of Britain Club, helped run the Old War Horse Memorial (later the Brooke) Hospital and wrote many books both fiction and non fiction regarding the welfare and technical aspects of all levels of horse breeding and ownership, her name remains associated with a welfare farm in Somerset and she even won this trophy three times between 1958 and 1960.

The trophy itself is a mixture of Victorian skill and excellence from one of the great silversmiths James Hennell. In 1851 he was described as a 23 year old silver plate worker, by the production of this trophy in 1880 he was at the forefront of Victorian design and quality, he was taken over by Holland, Aldwinckle and Slater  in 1887 and this piece was produced at the pinnacle of his powers. 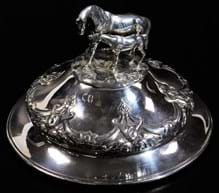 The trophy oozes class. It has a hallmarked horse finial and was always an equine related piece; only becoming the named cup in what appears 1958. It exudes a razzmatazz of style and elegance, its size 71 cm and weight (with base) nearing 200 ounces coupled with the repousse and chased decoration of swags, masques, scrolls, flower heads and acanthus leaves is showing off the skills of this great producer, it is truly sensational.

In determining a value, it really shouldn’t be anywhere near a weighing scale as it is a talking piece, typical over the top Victoriana which dominates a room and would be difficult to match. My advice is to come and see it, this is what Victorian silver is all about, illustrating the skill of the producer and having the association with famous makers and famous names in the world of showing ponies. In a nutshell magnificent may be overused, but is apt for this heavyweight piece.

For this and other items included in our sale on the 6th November please follow this link. 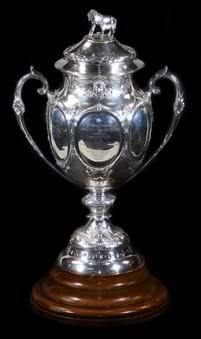