The market for items of early Russian porcelain seems to go from strength to strength. Over the last 10 years pieces that were worth less than £100 the decade before have increased tenfold and sometimes more. Pieces depicting people working the land and also at the other end of the social scale showing members of Russian aristocracy have generated significant money all over the country.

On the 17th June, The Lincoln Auction Rooms have three pieces in their sale. Lots 1 to 3 are 19thC Russian Gardner Porcelain, and were consigned by two local collectors. These smaller figures are expected to make upwards of £350 each. 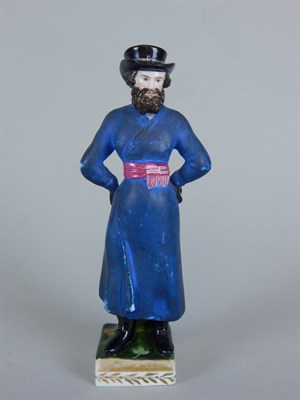 Auctioneer John Leatt said, “These pieces are not only rare but also fresh to the market. We are therefore expecting a large number of enquiries via the internet from Russians living all over the world on these lots.”

In a sale of over 1400 lots there is something for most collectors and home owners. Between fifty and eighty lots of quality full length curtains have been entered as part of a large London office clearance. A large number of mahogany partner’s desks, sets of chairs and two 19th century library tables have been entered by the same vendor. Over 200 lots of silver and jewellery are also included, longcase clocks and a bronze ship’s clock from S.Y Vagrant. 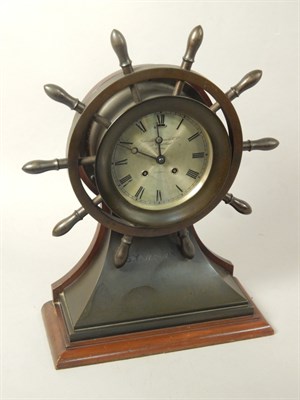 The ships clock was made by the Goldsmiths and Silversmiths Company of London and is estimated to make between £400-600. There is also between fifty and one hundred lots of die-cast vehicles, model railway and other toys, including a collection from North Lincolnshire.