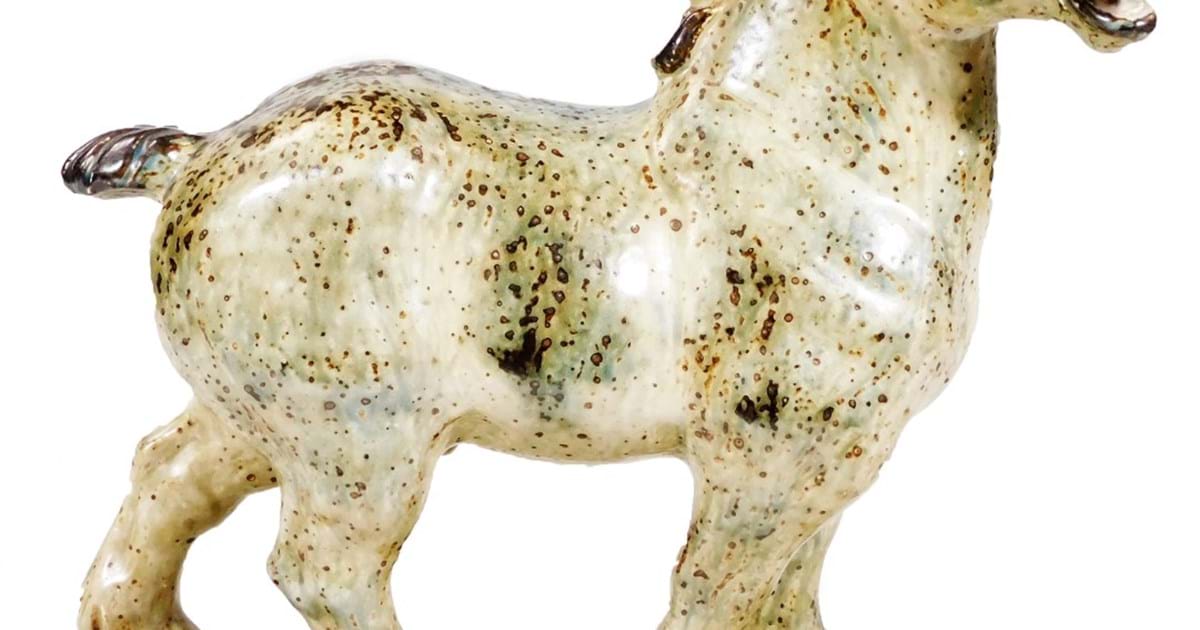 Works from the Royal Copenhagen factory continue to be collected in great number, with buyers continuing to purchase figure groups from this European heavyweight in large number.

Looking at the Post Modern design and style associated with the pieces commonly seen at our three Lincolnshire salerooms, one would assume the history of the Royal Copenhagen factory was a recent one. Nothing could be further from the truth as you have to go back to 1775 to find its starting date.

The chemist Franz Heinrich Muller is credited for its creation and with his 50 year monopoly gave the factory a firm footing. By 1779 its finances were the responsibility of the Danish Royal Family when it was rebranded as the Royal Porcelain Factory.

It was indeed Royal links which assumed the more famous designs of the company with the most famous Floral Dancia pattern pieces being made as gifts for Catherine II of Russia.

With the familiarity of the green three wavy line mark and the post modern later pieces being made in association with the likes of Georg Jensen and the Holmegaard Glass works, it is somewhat a surprise that Royal Copenhagen has been in existence for the thick end of 260 years producing elegant tableware and high class and large pieces which would grace any sideboard throughout Europe from the Royal Family downwards.

Production has remained in rude health since its inception. Bing and Grandahl added a collectable edge to the works with the introduction of their Christmas plates in 1895, with moulds being destroyed, so more could not be made. This led to a large collecting field which has continued along with the popularity of the more traditional figures, animals and birds we see today.

The large horse illustrated proves the skill of the factory. A rare, enormous piece which proves the ability of Royal Copenhagen; a work  immensely difficult to fire at such size and an object which has been produced that classically illustrates the modernist pieces associated with the factory in recent times, it sold recently at our Grantham Rooms for £360.

Objects are now produced under the name Royal Copenhagen at sites in Thailand. What hasn’t been lost from this Far East move is the quality, craftsmanship and modern design associated with this magnificent factory, which continues to attract buyers in large number who collect nothing other than this most famous of names.