An interesting collection of film memorabilia has been consigned to our Lincoln Collective Sale to be held on Wednesday 28th February. Amassed by the vendor’s mother who was a personal friend of a number of actors and actresses featured in the collection. Perhaps the most interesting pieces relate to the great British actress, Dame Flora Robson (1902-1984). Items such as personal letters, photographs and a signed copy of Dame Flora’s biography by Janet Dunbar will be included in the auction. 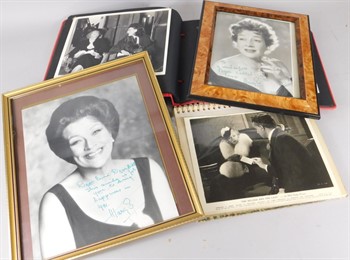 One of the most valuable pieces is a portrait by the Anglo-Russian artist Jacob Kramer (1894-1962). This depicts Dame Flora in a pensive mood and is executed in charcoal and coloured crayon. Pieces by Kramer can be found in the Tate, the Victoria & Albert Museum and his adopted home city of Leeds at the University art galleries. 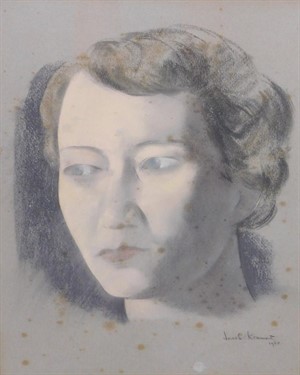 The remainder of the collection holds a number of items relating to the British and Hollywood actress Margot Grahame (1911-1984), who in the 1930s was the highest paid actress in Britain. The highlight is a personal presentation compact made by the Royal jewellers Garrard for the Golden Jubilee of King George V in 1935. Weighing in excess of 10 troy ounces of silver, the item is expected to generate a great deal of interest as not only an historical item but also as a piece of extremely fine silver made by one of the best makers. 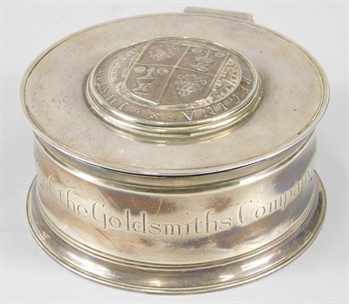 Personal letters and photographs from the actresses Phyllis Calvert (1915-2002) and René Houston (1902-1980) also give a fascinating insight into actors in the latter years of their lives and careers overall. We are expecting interest from film buffs throughout Britain and the world wishing to purchase.