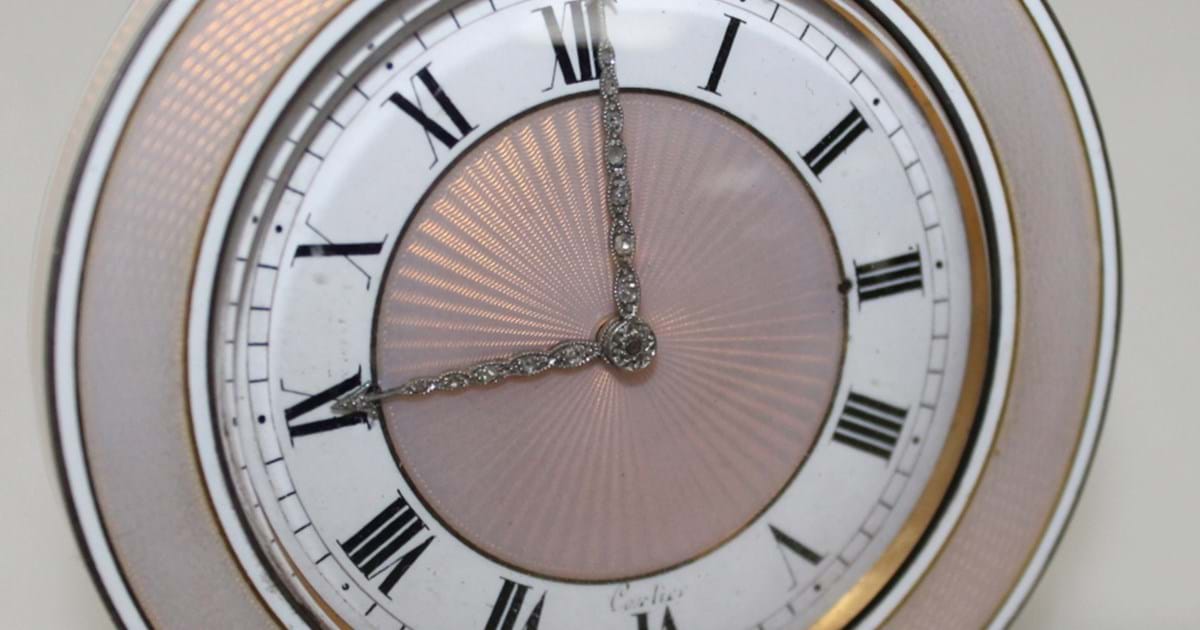 In such bleak times and for no other good reason than to cheer any readers up, an article must be done on the finest timepiece ever to grace the rooms at Golding Young.

At only 8.5 cm in diameter the Cartier travel clock made up for its lack of size with quality only associated with this jewellery dynasty who produced from 1847 until the current day only the finest things, juxtaposing design and the best raw materials to seduce world famous admirers from King Edward VII, Albert Santos Dumont and the Pasha of Marrakech.

The former name provided the company with the highest accolade declaring them as the Jeweller of Kings, Kings of Jewellers. When this clock was unwrapped at a valuation morning in Stamford in 2014 my inner diction was merely WOW, but my admiration of the piece was similar to our former king.

To be at the top of your game for the fat end of 180 years means you quite simply have to be very good. Cartier founded by Louis Francois in 1847 simply mixed good design and ideas with the highest quality materials to produce what we have today and what was illustrated in the clock: it doesn’t get better than this. The guilloche pink enamel, tooled and perfect, the diamonds and the ideal size and scale  of  the object sent this time piece onto the highest pedestal and this was the point; everything was produced to the highest quality. When Alfred Cartier was at the helm in 1859 they had boutiques in the finest areas of the Paris jewellery quarter, their expansion overseas under the guidance of his sons soon meant their were such boutiques gracing the finest streets of London and New York, by now Cartier was really another word for quality.

They were the first jewelers to use platinum. This sums up their intention using designs at the forefront of innovation and harboring the finest materials. As a consequence everyone wanted a piece of the Cartier action. When Dumont commissioned his watch it was a masterstroke they were the pioneers in advertising items to the public (albeit the rich members of the public) who could now wear items similar to that of royalty, innovators or film stars.

The Tank watch designed after the Renault FT tanks, the Pasha watch and the Trinity ring were all pioneering and attractive concepts which kept buyers eager for more and although a slight decline came in the 1940s, their footing at fashion’s top table returned with a bang with the advent of the panther motif and the influence of designers Alain Dominique Perrin and Jeanne Toussaint the great muse and artistic director which led to the resurrection of the iconic style throughout the 20th century. Little has changed since as the recent concept ID Two watch makes the heartbeats of the rich and famous flutter that little bit quicker today.

The clock was fought over by five telephone bidders and a determined bidder in the room who just lost out to a European collector. The £25,000 price tag was an absolute bargain in my eyes and shows how a humble table clock sprinkled with the Cartier magic can become the greatest object in the world.