Benney Is Not At A Crossroads. 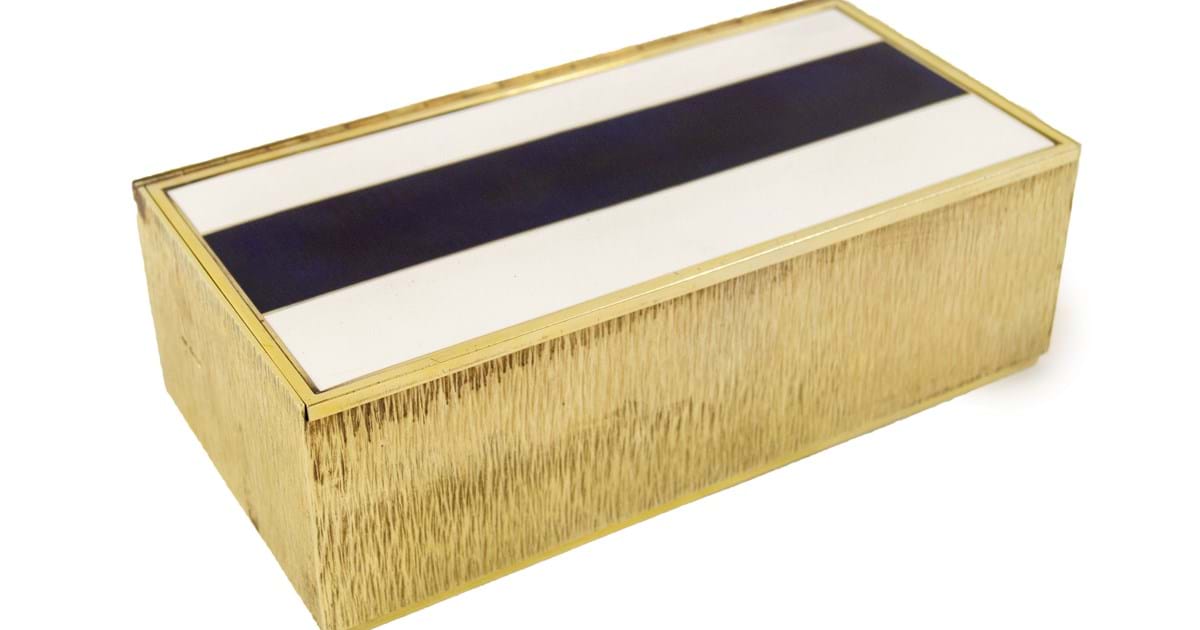 A jewellery casket from the hands of the English master silversmith Gerald Benney CBE (1930 – 2008) recently passed through our Bourne saleroom, allowing me to write an article about a piece I genuinely like.

The term genius is thrown around all too liberally at the moment, but is perfectly apt for this master craftsman.  He is famed for holding simultaneously an unprecedented four Royal Warrants and producing works although in a style following the Danish masters, also very much individual to Benney himself,  using techniques never before seen such as the bark finish illustrated in this piece which not only sets his works apart from others, but shows how he was able to juxtapose form, function and the latest techniques to produce different but ultimately usable and aesthetically pleasing pieces. From the small like the item illustrated, to large services and pieces commissioned by the likes of Charles Clee  and Alastair McAlpine, his works are all very different, stylish and desirable.

A series of around fifty large silver bowls, all of extraordinary size and all slightly different to one another proves his ability. He had artistic  talent in abundance but also the scope to produce inventive works such as the no scrap blanks for Viner’s cutlery. A mixture of design brilliance and technological nous allowed the creation of objects showing the very forward thinking and the very practical.

Born in Kingston Upon Hull in 1930, Benney and his family moved to Brighton when his father became head at the College of Art. Benney himself was educated at Brighton Grammar School and was taught at the college after 1945. He later won a scholarship to London’s Royal College of Art and after a shaky start involving an incident where his professor becoming stuck in a personally designed cantilever deck chair, his work flourished, becoming a distinguished enameller, working with gold and silver and introduced stainless steel into homes, also producing works on a grand scale for ICI, the universities at Oxford and Cambridge and Christie’s to name but a few. With the Norwegian Berger Bergersen he created works aesthetically pleasing, of great finesse and full of a love of design using the latest techniques.

With his work displayed by patrons throughout the world and a name synonymous with quality, it was a great thrill to be able to offer a piece from this artistic genius. The £3,600 hammer price indicates the affection people have for his work and the everlasting link this great powerhouse has in producing the highest quality and most stylish items.