A variety of antique and later horology items belonging to a local collector produced some of the highlights in Golding Young & Mawer's Lincoln sale on the 21st of May. The top price was for Lot 19, a 19th Century mahogany drop dial clock, which made £950 under the hammer.

Amongst the other sections of the sale £1600 was paid for Lot 18, a Continental burr wood and metal mounted box, bought online by a specialist in London. 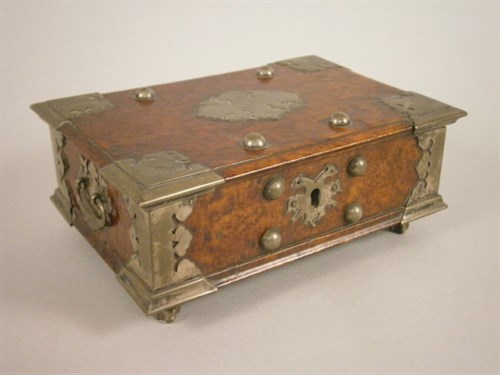 Another high point was a grand total in excess of £1500 for a collection of Corgi, Dinky and Britain's die-cast vehicles, many of which were agricultural in nature. Owned by a gentleman from a village just outside Lincoln, he had kept them in immaculate condition - most were 'mint and boxed'.

"There is a great demand at the moment for interesting collectables," auctioneer John Leatt said. "So there has never been a better time to empty the attic and ask us for a free auction appraisal. You might get a nice surprise, just as this vendor did."

The saleroom is now accepting consignments for the June Collective sale which will take place on June 25. Interested parties can visit the Lincoln Auction Rooms between 9am-1pm and 2pm-5pm or call the saleroom on 01522 524984.