Another Quick Sale – That’s Neither Token Nor Small Beer

Another Quick Sale – That’s Neither Token Nor Small Beer.

As September appears so does another Grantham sale – this time it’s the 7th September! The 7th you cry? That’s only three weeks since the last one – I bet there’s nothing there!?

Well avid readers, you couldn’t be more wrong. With over 1000 lots bursting the saleroom door off its hinges, The Grantham Auction Rooms on Wednesday 7th at 10am is the place to be.

Beer tokens are where we begin, with two rarities from the Grantham area making up lot 213. Tokens were used by many industries throughout time, and became most popular in the 18thand 19th Centuries. They became fashionable during the Industrial Revolution where businessmen gave them out,creating false economies and saving fortunes in the process. It was easier and more prudent to give a token to a worker instead of money. This thread caught on in pubs and other social arenas,producing an early form of Tesco Club Card (other supermarkets do exist). Who would have thought this idea had been going for centuries? 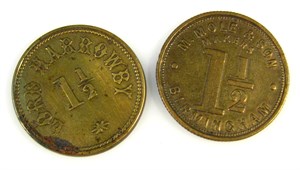 We have two tavern tokens for The Railway Tavern on St. Peter’s Hill and the Lord Harrowby, Grantham. Quite unusual and rare they provide a small snippet of social history, they are quirky and take up no room and they are just what people are looking for - just don’t try and redeem them!

As for other items, the usual suspects play their usual big hands: furniture from retro to Georgian taken from properties around the county in large quantity. If jewellery and silver is your thing, 100 lots can be picked through, with four gold pocket watches providing the big hitting lots ranging from around £200 to £600 plus. 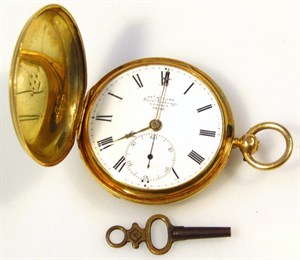 Pottery next and big names fill the room; we have Minton Haddon Hall, Doulton to include Hannah Barlow, Crown Derby paperweights in number, modern porcelain figures a plenty and shelves awash with quality names, heavy bias on Wedgwood, Leonardo farming groups and other figures.

The bygones and collectables section includes a modern remote controlled steamer ship, large quantities of medals to include a poignant First and Second World War joint group, some interesting reading can be found in various Beverley and Hull related ledgers, postcards make up around a dozen lots andstamps from Penny Blacks onwards can be seen. 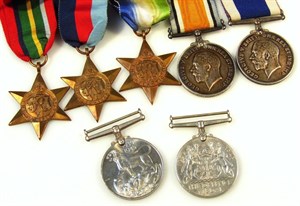 It is worth noting as well that a certain Mr. David Dickinson will be bringing his band of merry dealers with him to film live on the 7th, so no excuses, come and get the great man’s autograph!